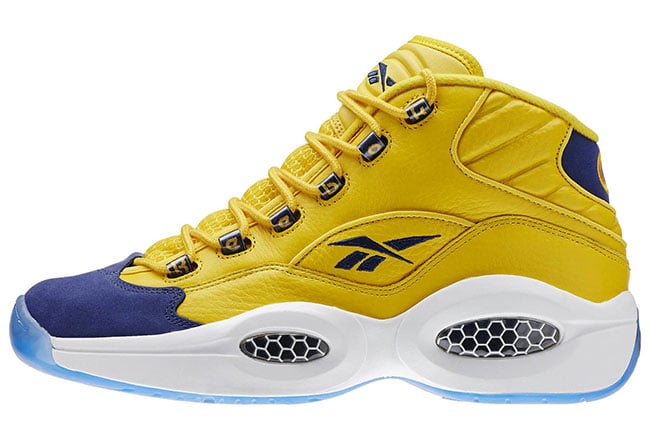 Inspired by the All Star game that was held in Oakland, California, the color scheme used was taken from Golden State Warriors. Just like the original release, they feature a Yellow, Navy and White theme. Through the uppers is a mixture of tumbled leather with mesh on the tongue, all the while done in Gold. Navy blue then hits the toe cap, down the eyelets and at the heel. Finishing them off is a White midsole and translucent outsole.

The ‘All Star’ Reebok Question will release at retailers on February 20th, 2016 and will retail for $140. A bit odd that this pair will launch after All Star weekend but since this pair is one of the more iconic pairs to debut on the Question, they are sure to sell. Below you can check out more images and make sure to check back with us for additional news. 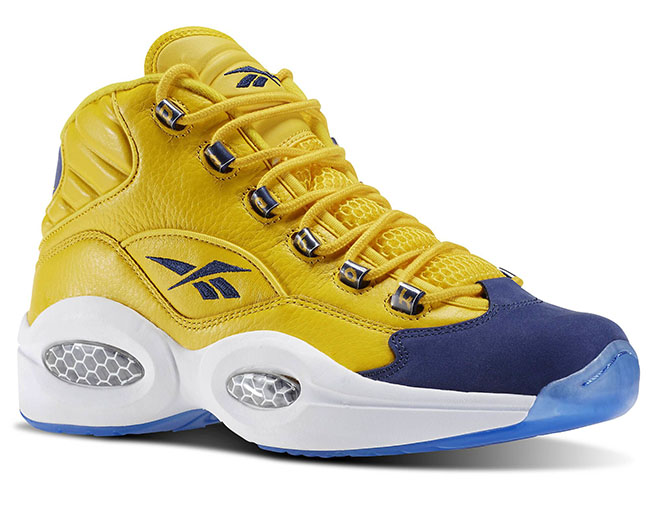 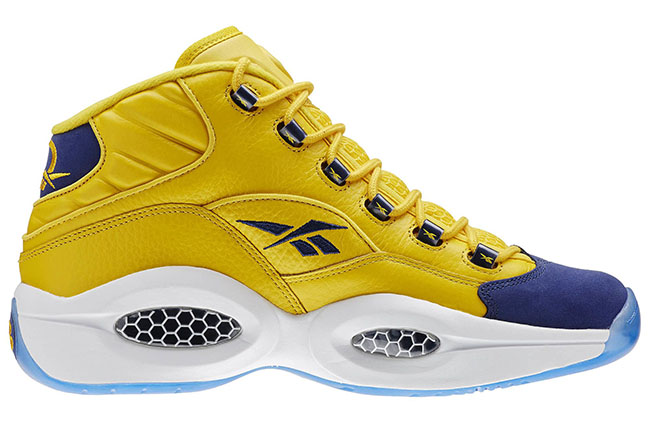 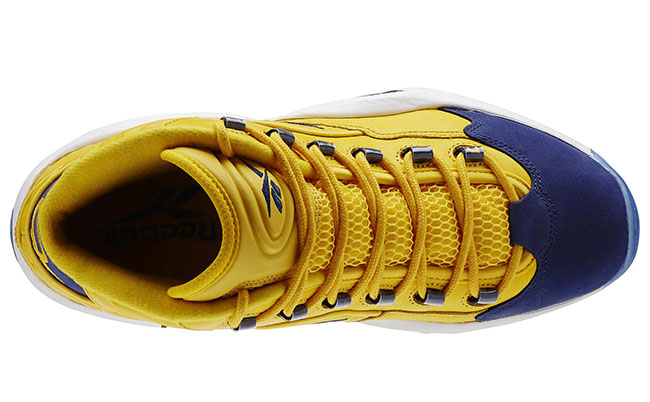 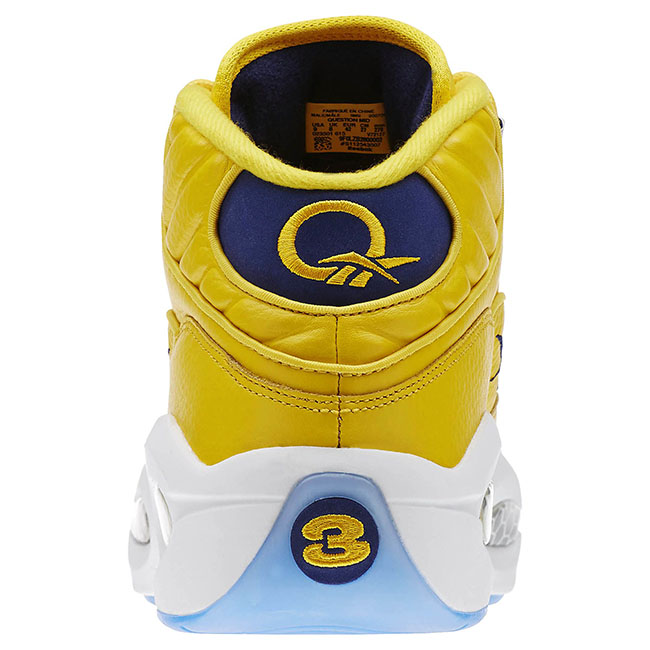 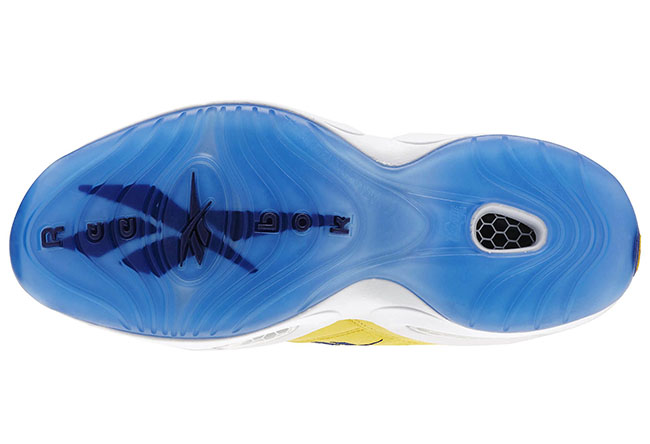