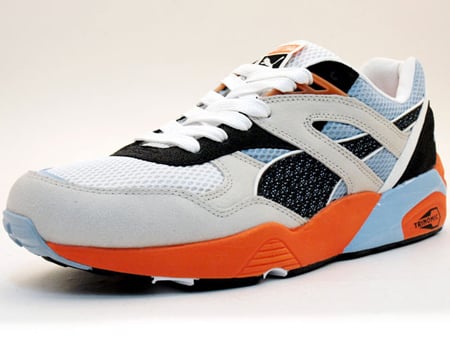 For Summer 2009, Puma has come up with the Puma R-968 Mesh Limited Edition Pack, which consists of the R-968 model in three different colorways. The shoes feature combinations of white/sax/black/orange, white/red, and black/grey/white. The R-968 promises to be a breakthrough Puma model, using mesh material all throughout the shoe, along with suede and speckled panels, and other staple textiles. The intensity of the first colorway marks the presence of the Reebok-like model, with the following of two simple yet clean colorways. Also, the shoe uses Trinomic technology for ultimate performance, and showcases the Trinomic name on the back heel panel and midsole. The best characteristic of the shoe is the sole, which features a translucent bolt along the middle of the sole, showcasing the “soul” of the shoe. Be sure to cop a pair of these Puma’s for a price of about $126. 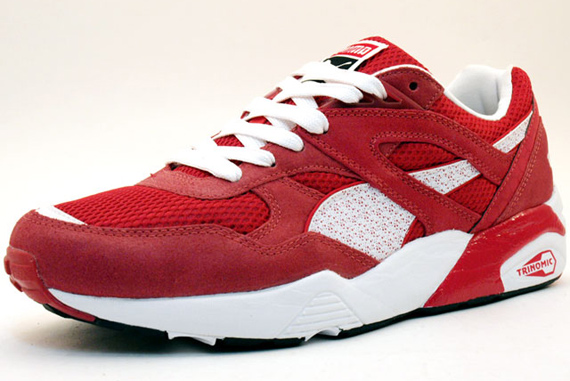 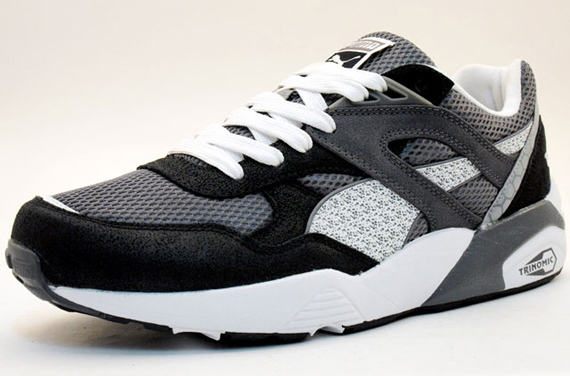 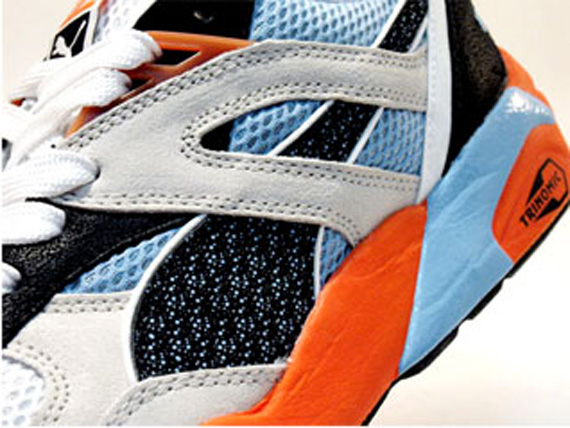 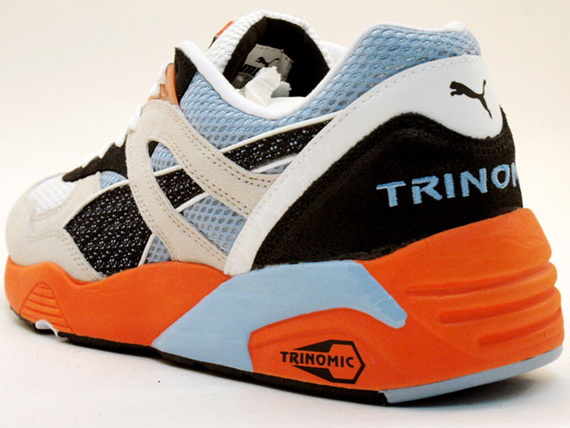 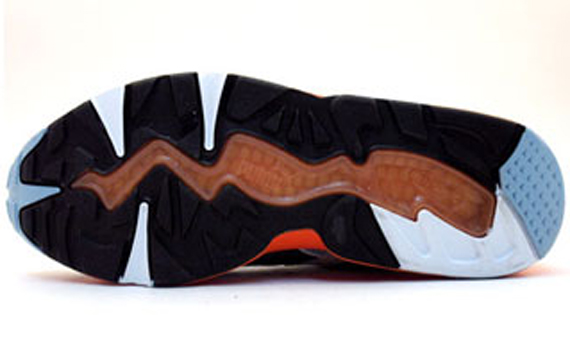