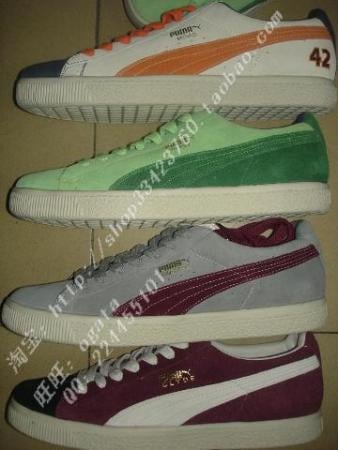 The PUMA Clyde resurfaced a couple years ago in reissued format, much to the delight of yours truly. Adam Leaventon, the brand’s Director of Merchandising, was excited, too, and created a few pairs of one-offs for himself and his closest cronies. (There are no plans to release any of these shoes–they are exclusives.) Via Bounce. 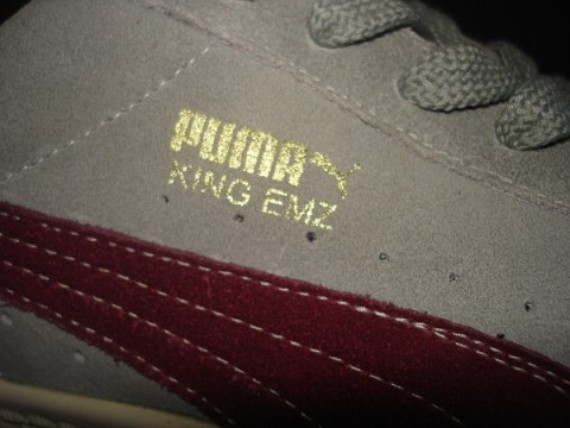 DJ Emz appeared prominently in Where’d You Get Those?” New York Sneaker Culture: 1960-1987 (Testify Publishing) and is world-renowned both for his quiver of carefully preserved vintage grips and his work behind the boards and in the production room. The NYC native selected a grey upper with a burgundy stripe to match. His moniker, “King EMZ” is etched onto the upper. 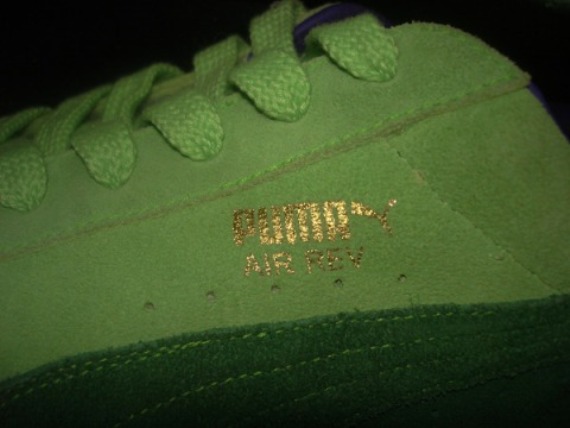 Leaventon got luscious with his exclusive, blending two light shades of green into a concoction meaner than my granmom’s cheesecake recipe! “Air Rev” rides above the stripe. Rev found the burgundy/white/black toebox pair on a defunct Japanese website called “Tomahawk Chop” and recreated them; if there’s a pair that might release out of the Tribute Pack, I’d place my money on these. (Don’t bet on it, though…) 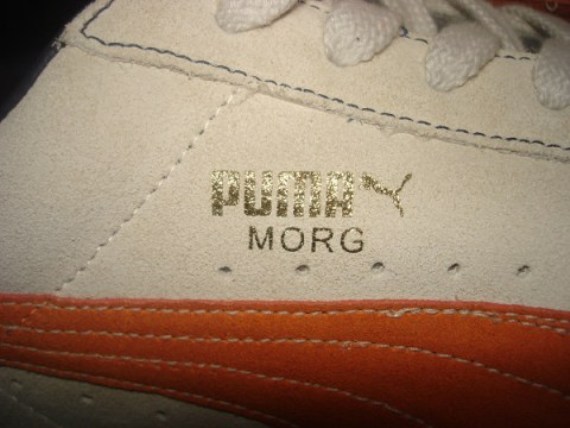 Rounding out the rarities is a pair dedicated to undercover sneaker legend, “Morg.” Air Leaventon explains the mysterious ‘head as, “A sneaker culture icon whose humble beginnings as a parkball player in Upstate NY trying to emulate Connie Hawkins (42) led him to the sneaker business during the infancy stage of the industry. Best described as separated at birth from Bobbito Garcia and sent to Cortland NY to live the rural lifestyle. His path eventually led him back to his roots meeting up with Garcia for a collaboration in 2009 that celebrates their collective passion for basketball and waffles as well as fresh squeezed orange juice.” 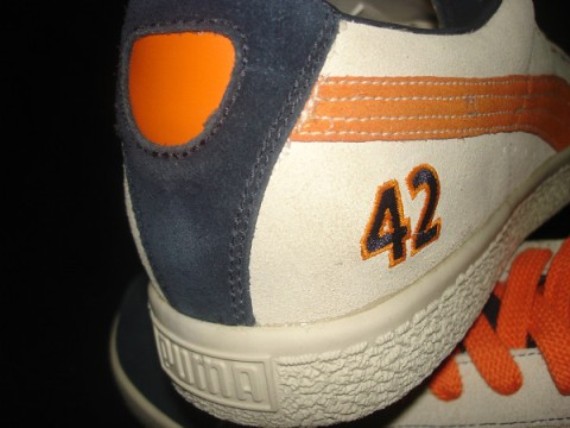