HomeNikePittsburgh Steelers to Show Off Unique Throwback Uniforms This Weekend

Pittsburgh Steelers to Show Off Unique Throwback Uniforms This Weekend 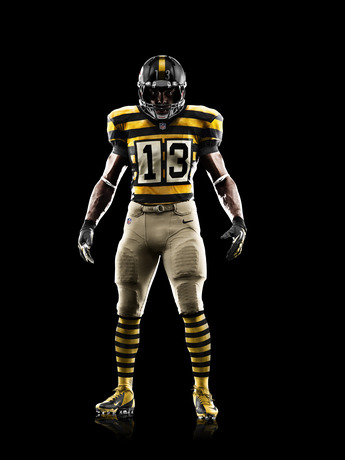 In celebration of the team’s 80th anniversary, the Pittsburgh Steelers will don Nike replicas of the team’s 1934 Pittsburgh Pirates uniforms for this weekend’s matchup with the Washington Redskins.

The Pittsburgh Steelers will show off their new Nike throwback uniforms when they take on the Washington Redskins at home this weekend. In honor of the team’s 80th anniversary, this uniform is a replica of the team’s 1934 design and has not been worn on the field since that season.

A unique look into the team’s history, the Steelers were known then as the Pittsburgh Pirates wearing the black and gold striped jersey and matching socks.

The Steelers regularly perform in the highly innovative Nike Elite 51 uniform. For this version, they have chosen their previous uniform fabrication.

The uniforms will also be worn again later in the season. 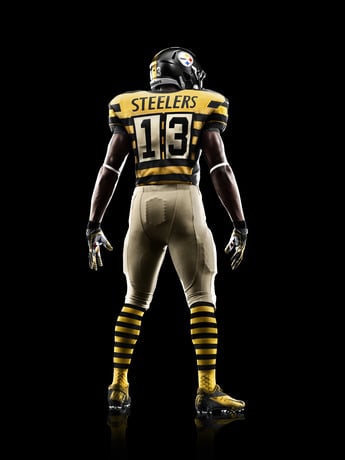