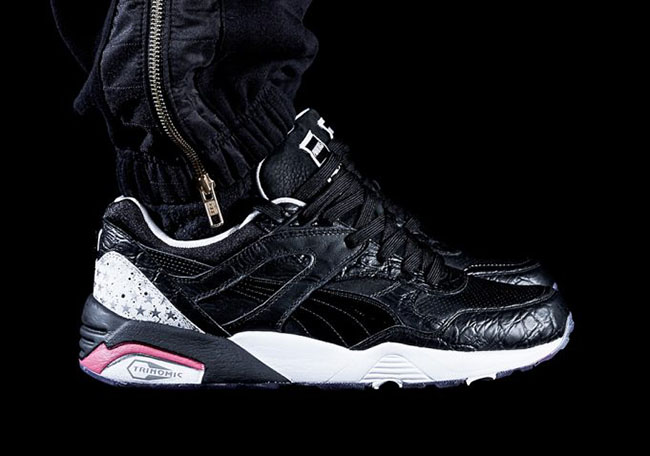 PHANTACi won’t just be releasing one pair of the Puma R698, but two pairs. Taking the premium approach, both pairs are constructed with perforated tumbled leather as well as smooth leather. In addition, we have accents of suede that furthers the luxurious feel.

For the most part, both pairs are dressed subtly, however there are some standout elements that make them flashy. First up, we have Pink accents which is paired with Metallic Silver stars around the heel. The White base pair features a Pink translucent outsole while the Black has a semi Blue translucent hue. 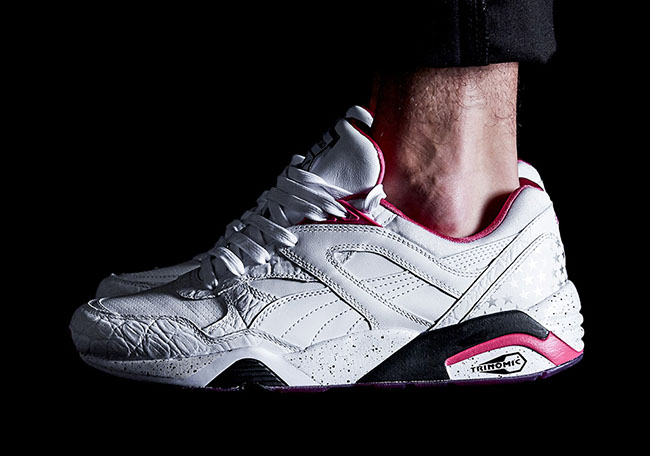 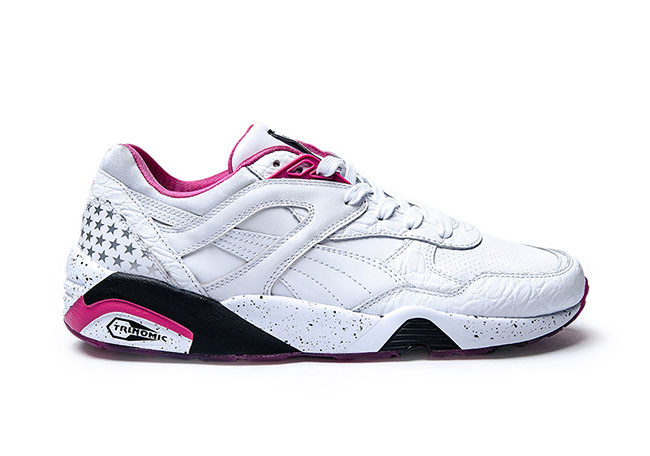 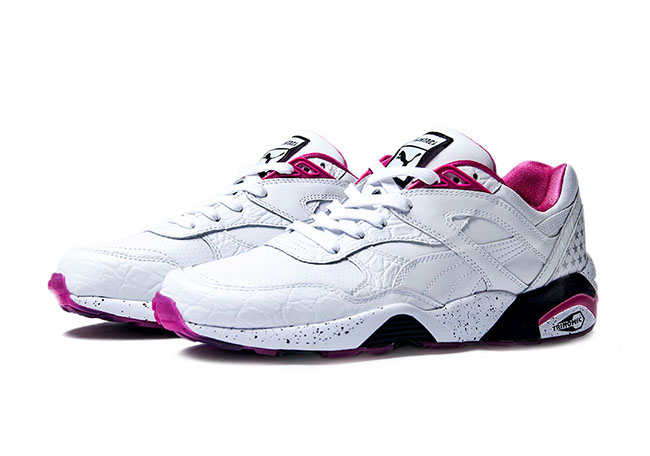 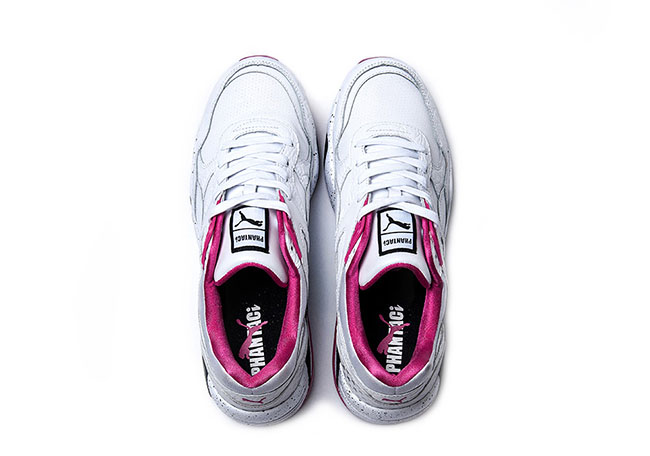 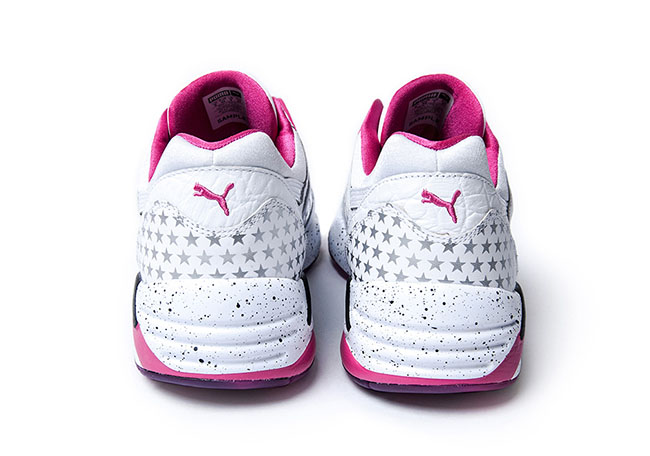 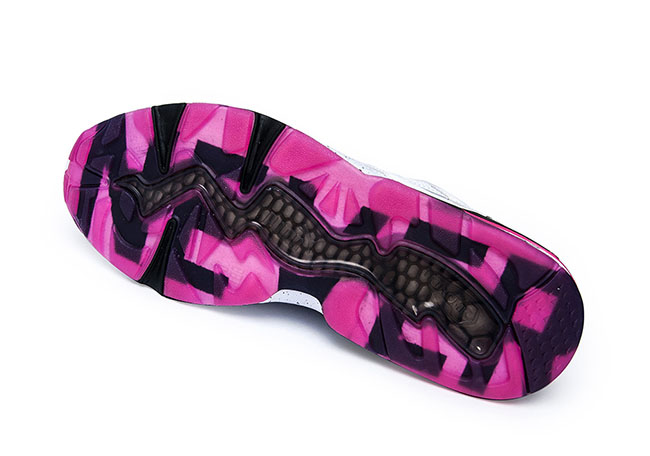 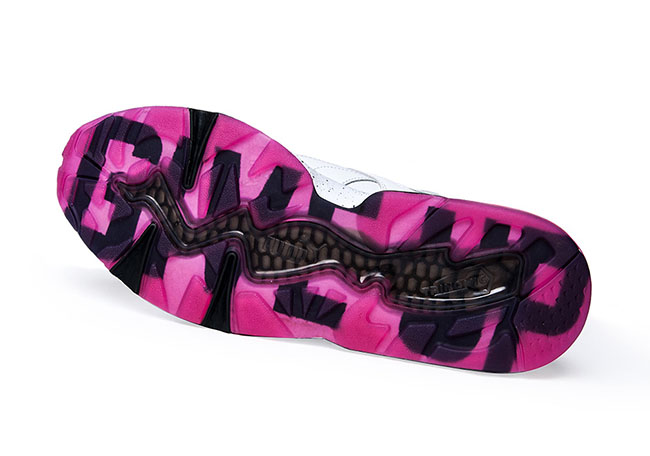 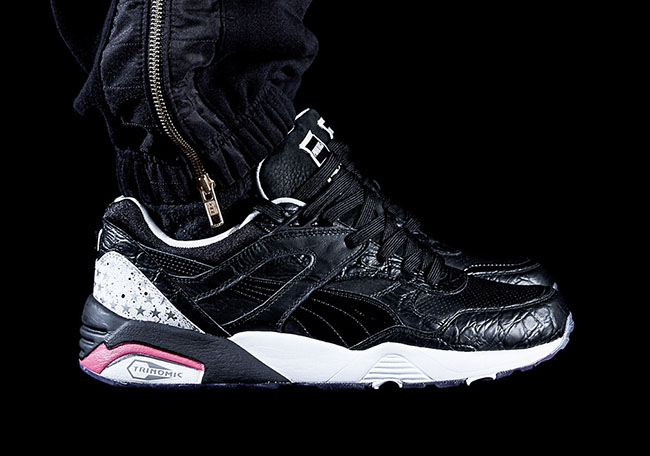 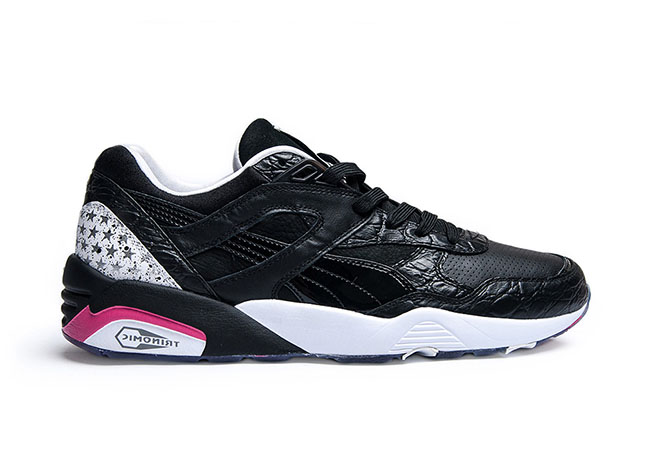 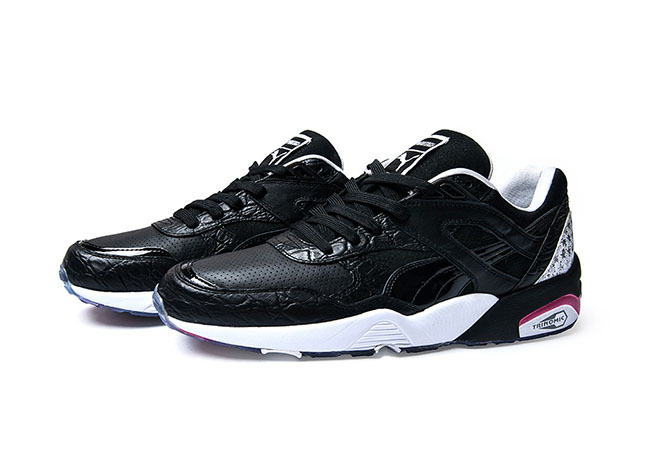 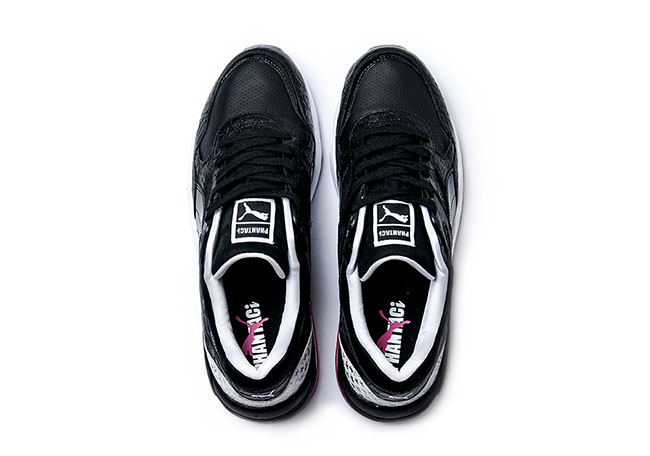 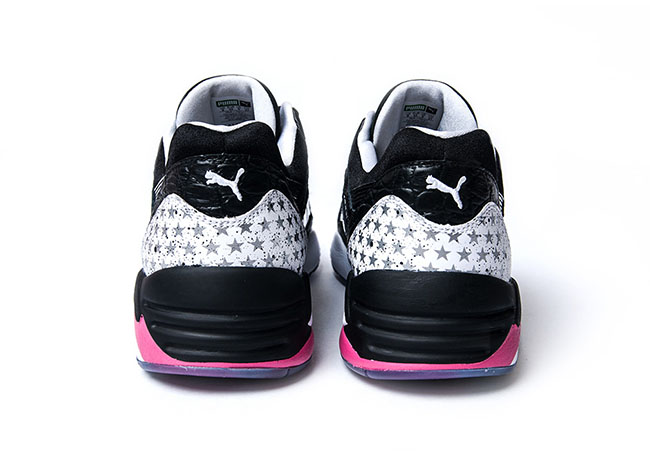 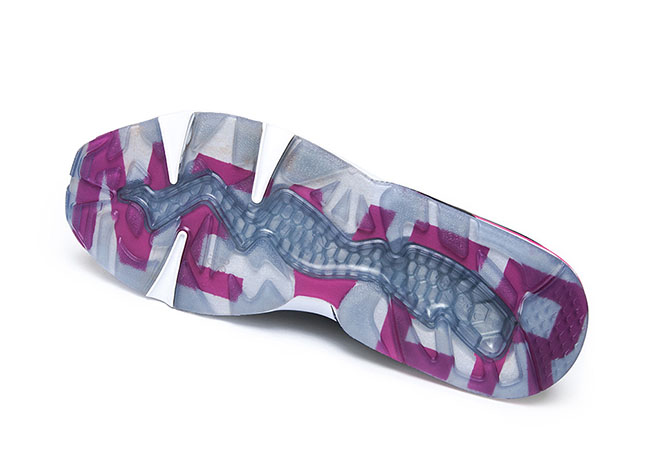 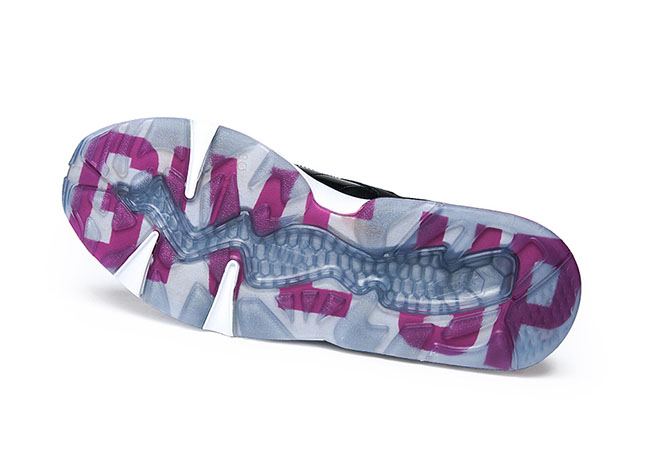