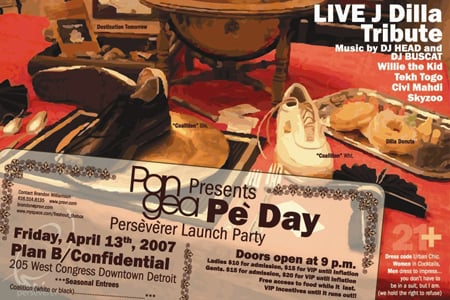 On April 13th, 2007 which is also coined as Pe Day, Persévérer™ will be having a release/launch party at Plan B/Confidential which will include a J Dilla Tribute done by Willie the Kid of The Aphilliates Music Group, and Tekh Togo of Arketekh Sound/Pangea Incorp. This will be a red carpet affair (because important people are coming..not just because), ice sculptures, exotic foods, food available to all who enter (until its gone), magazines flying in to cover the event, and a lot of other extras including 2 VIP areas… Guests that will be attending include AZ, DJ Drama, The Founders of Eye Candy Modeling, Shione Clothing Co., Willie the Kid, La The Darkman, Noah, Sife, Baby Paul, Magnolia Madden, District 81, Nia Lauderdale, 9 Degrees Productions, Slum Village and a host of other individuals who will be hopefully confirming that they will be in attendance. 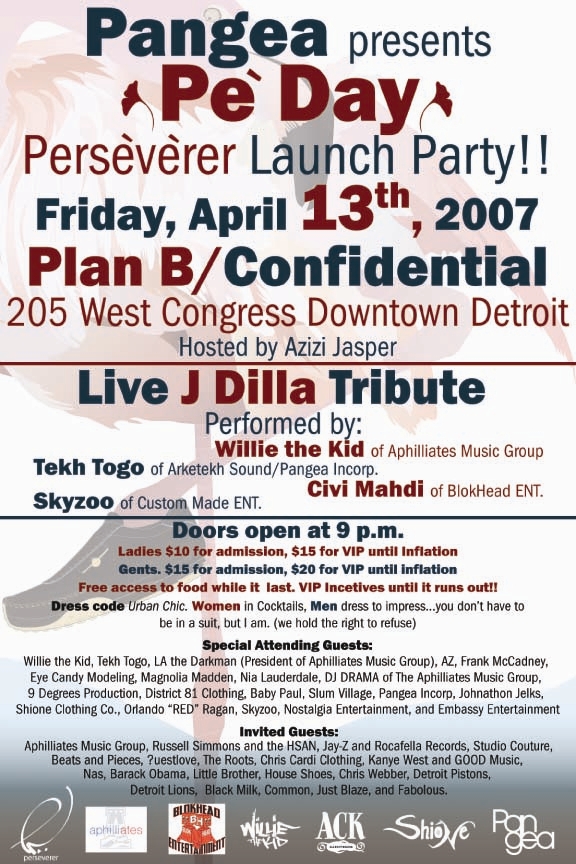