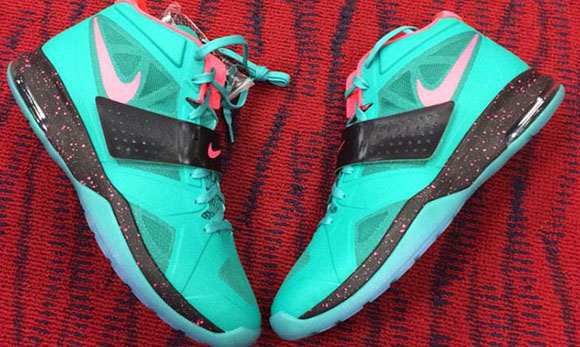 Paul Pierce who left Brooklyn on the off-season and signed with the Washington Wizards played again the New York Knicks today and if you saw the game, you know the Wizards got the win. Pierce had a special pair of Nike Air Legacy 3s made for him inspired by none other than Christmas.

Paul Pierce has worn the Air Legacy line for sometime now, including the Air Legacy 2 BHM. The Christmas pair features green and pink with a black midsole and translucent sole.

Unfortunately the Air Legacy 3 is only available in kids sizes but Paul Pierce has taken to Twitter and said he would be auctioning off his Christmas pair which will be signed by him. As of now we don’t know when he will list them but stay tuned.