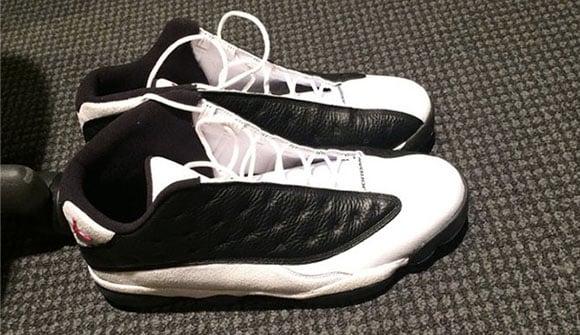 The San Antonio Spurs did battle with the Thunder yesterday, and the 2014 NBA Finals MVP Kawhi Leonard did not play due to a torn ligament in his hand. If he would have played, this pair of Air Jordan 13s would have been his Christmas Day kicks.

Leonard would have worn a pair of Air Jordan 13 lows with a reverse ‘He Got Game’ look with white around the midsole, tongue and laces while black is used on the outsole, sole and sides. Since this is a pair of lows, instead of a hologram bubble they are replaced with what looks to be a pink Jumpman.

What do you think of the Air Jordan 13 Low ‘Christmas’ day PE for Kawhi Leonard?