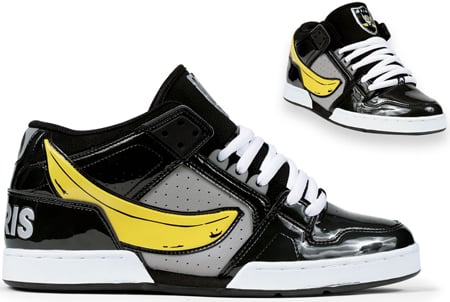 San Diego-based skate/surf lifestyle brand, Osiris, has teamed up with Consolidated Skateboards to create a new special-edition of their infamous shoe called “The Drunk,” which takes aim at large sporting good companies who are strategically trying to invade the action sports industry. The shoes are going to be sold only at core skate and surf shops in support of the Don’t Do It campaign, a movement that seeks to put the power back into the hands of those companies that built the action sports industry.

The Drunk, a thinly veiled comedic wordplay on a popular shoe style from one of the large sporting goods companies, bears a signature banana logo on the side of each shoe. It was created as a playful knock on the large sporting goods brands that are now making a strong push to take a share of the market in the action sports industry. Though the shoe is humorous in it’s design, the message that the Don’t Do It Campaign conveys is a very serious one. Steve “Birdo” Guisinger, owner of Consolidated Skateboards states, “ There is a reason there are no football, baseball, basketball, or soccer, player owned companies-and there should be. We don’t want this to happen to our industry.” Jay “The Wizard” Wilson, Executive Vice President for Osiris, adds, “If they can make skate shoes, we can make basketball shoes that you can skate in. Can’t we all have a little fun?”

Osiris will be the first in a series of core skate companies who will be creating a new version of the Drunk each season. The Osiris Drunk is a patent leather paneled quarter top shoe, with it’s design borrowed from a new style of shoes from Osiris called the South Bronx. “Ever since I can remember, I longed to work with the famous banana. It’s a legend in its own right, for it’s continued efforts to break down the corporate evils that plague our industry,” says Brian Reid, Chief Creative Officer for Osiris.

Consolidated Skateboards, who has been leading the Don’t Do It campaign since 1997, rallied the support of the heads of many of the core industry companies to lead this awareness campaign by creating a new version of the Drunk each season. “Making quality skate shoes is not our specialty, so we are excited to co-op “Drunks” with Osiris and other quality skate shoe makers.” says Steve “Birdo” Guisinger.

The Osiris Drunks will be available at select core shops and will be priced at $69.95

About Osiris:
Osiris is performance and style driven by creativity. Founded in 1996, Osiris is known for its’ innovative products such as the G Bag and the best selling skate shoe of all time. The company produces, markets, and distributes skate and lifestyle shoes, apparel, and accessories. Osiris’ team umbrella has expanded steadily beyond their roots in skateboarding and includes surf, skate, and moto x teams. Based in San Diego, CA; Osiris is sold in 45 countries worldwide. 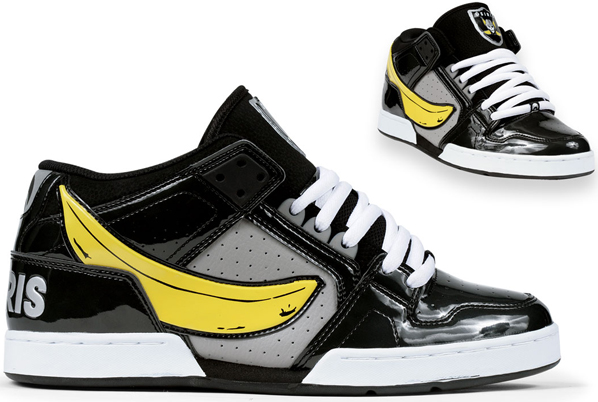