HomeNikeOscar Pistorius Challenges Runners to Hit the Streets for Nike's We Run... 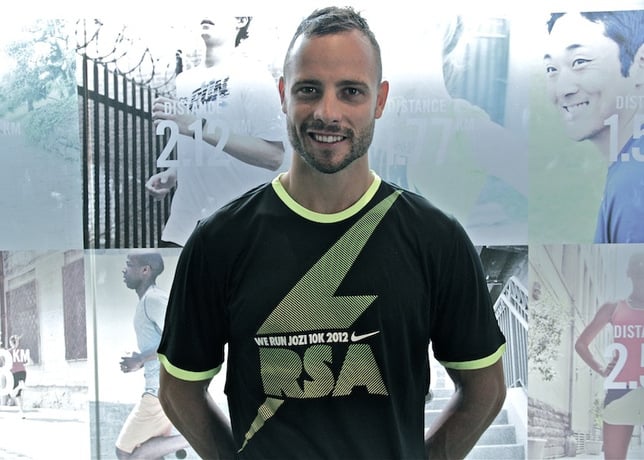 In just one week, 10,000 everyday athletes signed up for Nike’s We Run Jozi 10-kilometer race set for Oct. 7. Through a collective movement on Facebook, participants have helped reveal part of the route, which starts in Sandton and traverses the streets of the Alexandra township.

“Nike’s WE RUN Jozi is going to be a phenomenal run with an incredible vibe and awesome energy,” said Paralympic gold medalist and South Africa native Oscar Pistorius, who is unable to attend the race due to commitments in Scotland. “While I can’t be there in person, I’ll be wearing my WE RUN race-day T and will be thinking of the 20,000 runners charging the streets of Jozi.

“I have worked hard to achieve my personal bests and set new records, and believe that anyone can find their greatness by setting personal goals and achieving them,” he continued.

October’s race will see 20,000 runners making their mark in Jozi and forming part of Nike’s international We Run series, which includes close to 400,000 runners from 34 cities participating in races from September until December.

Online registration for WE RUN Jozi is open, with available spots filling up quickly. Runners can access theofficial race page on Facebook.

Learn more about the 2012 We Run race series on NikeInc.com.