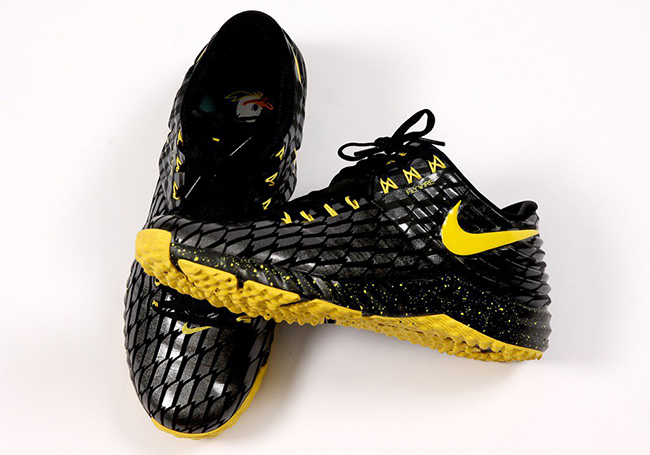 It should come as no surprise that the Oregon Ducks have received another exclusive as Nike will always keep them laced with kicks we wish were available at retailers. This time around the Baseball team gets blessed with Mike Trout’s signature model, the Nike Lunar Trout 2 Turf.

Nike went a bit further on the Lunar Trout 2 Turf for the Oregon Ducks. As you can see, the brand has added duck feathers on top of a Black base. Following are Yellow accents across the branding, Flywire cables, and Turf sole. It wouldn’t be a proper player exclusive for the school if the Ducks logo wasn’t somewhere, which it is placed on the insoles.

It would be nice to see the Oregon Ducks Nike Lunar Trout 2 Turf actually release, but don’t expect it to happen. Best case scenario, a pair winds up on eBay. Let us know what you think of them by leaving a comment below.