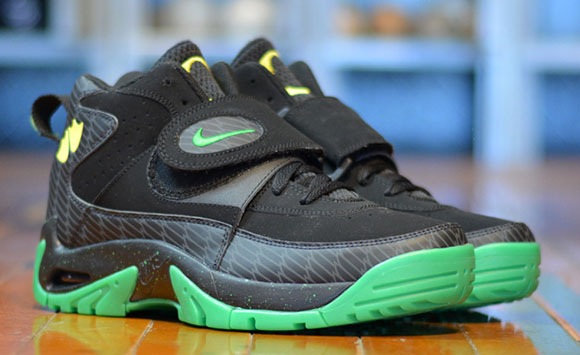 We can easily say that Oregon Ducks themed Nike’s and Jordan’s have yet to hit their peak, and probably will never come down. One pair of Ducks themed sneakers that is now available to the public is the Nike Air Mission.

Originally released in 1994, the Oregon Ducks reached the Pac-10 Championship while most of their players wore the Air Mission. The pair available today looks a lot different from the 94′ release.

The Ducks Air Mission features a black base, feather print is on the paneling. Towards the heel is a pair of Duck feet and apple green makes its way on the heel, strap and sole.

Available now at Renarts in limited sizes for $130. They are only accepting phone orders. 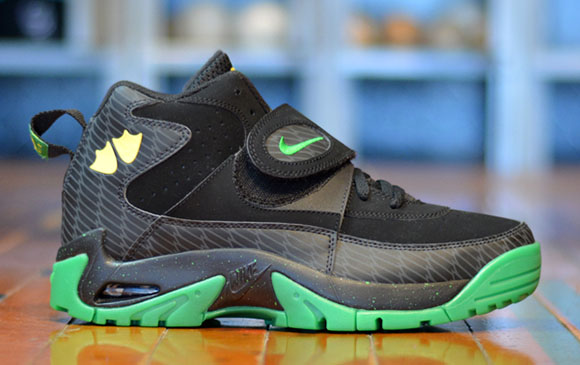 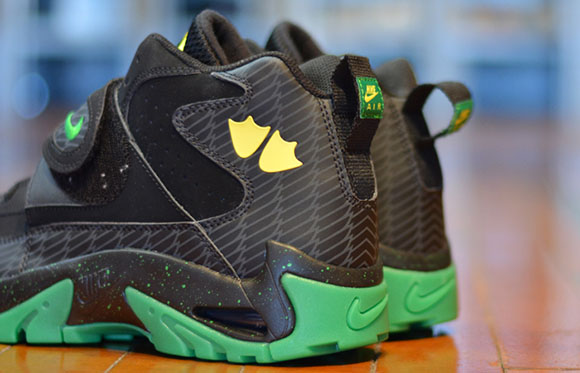 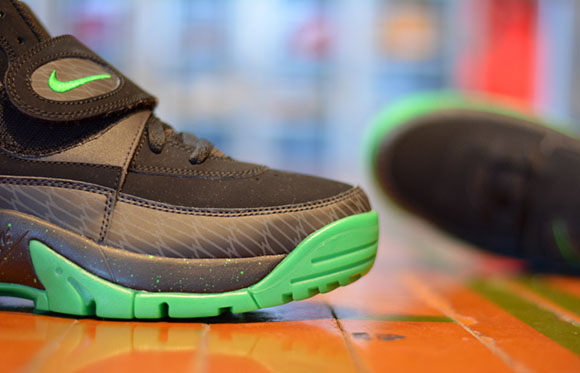 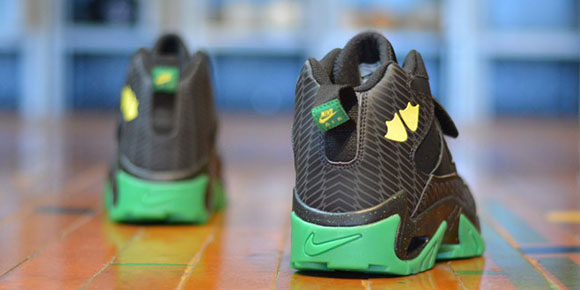