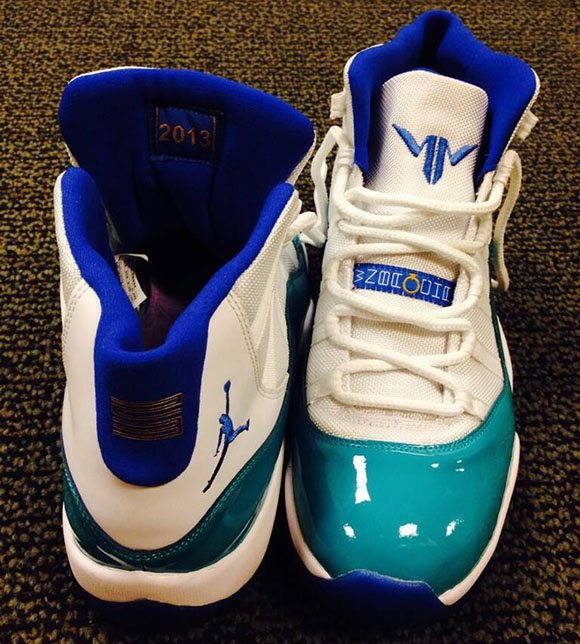 Maya Moore not only shared her Jordan XX8 SE PE’s that she wore on the 16th, but now another pair of kicks made for the two WNBA Championships, the Air Jordan 11.

Moore laced up the Air Jordan 11 PE’s for the Minnesota Lynx opening home game. Some of you might remember Ray Allen had the same treatment from JB.

Two shades of blue are used in places like the liner, patent leather and sole. We can see 2013 sewn into the inside of the tongue and assume 2011 on the other (Maya Moore and the Minnesota Lynx won the championship in 2011). Within the Jordan XI lettering on the tongue is a ring, with other gold detailing throughout.

We wouldn’t even want to suggest which pair you would like more as the Jordan 11 is a fan favorite, but if they did release, would you cop?