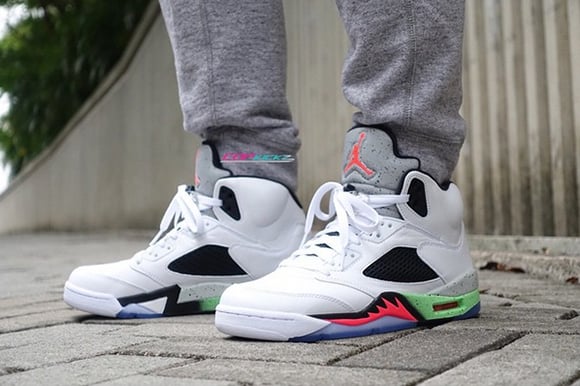 Another pair of Jordan’s inspired by Space Jam? Maybe, but some people are saying the inspiration behind this Air Jordan 5 actually comes elsewhere. At the end of the day, whatever they are called, we have a look on how they look on feet.

While everyone is calling this Air Jordan 5 Space Jam, it does make sense. The midsole uses a mixture of infrared and poison green that is also apart of the Space Jam logo. But some are saying they are inspired by “Pro Stars”.

Pro Stars was a cartoon that started in 1991 and featured Michael Jordan, Bo Jackson and Wayne Gretzky. The trio would fight crime in order to save children. The shoes do share green and white like the Pro Stars logo, but to us they look more like Space Jam. There is no confirmation from Jordan Brand if this is true, but we are sure in time we will know.

You can see more images of the Space Jam Air Jordan 5 on feet below. Let us know if you like the nickname Space Jam or Pro Stars better by leaving a comment. 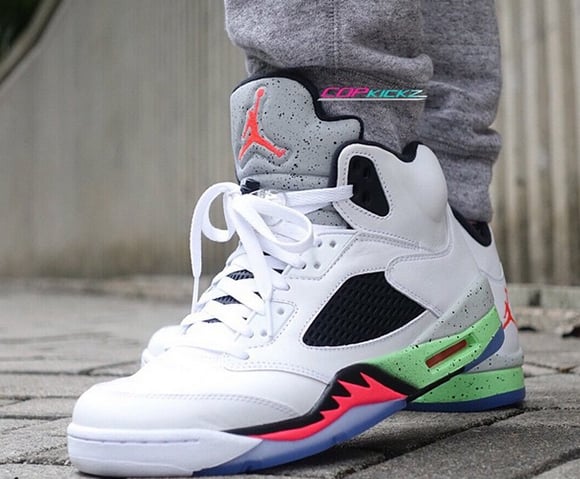 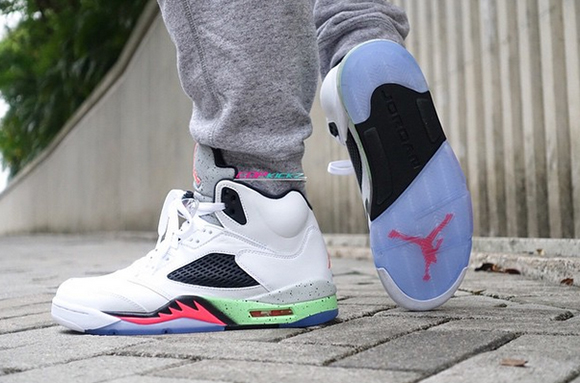 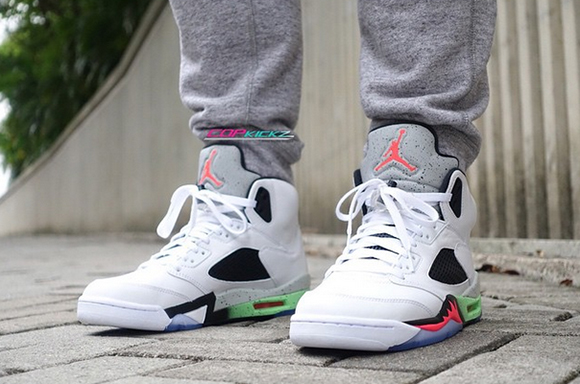 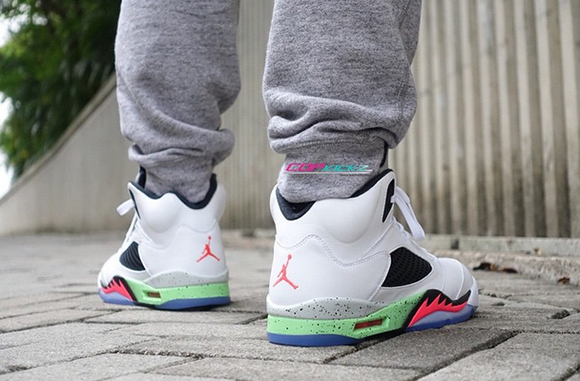