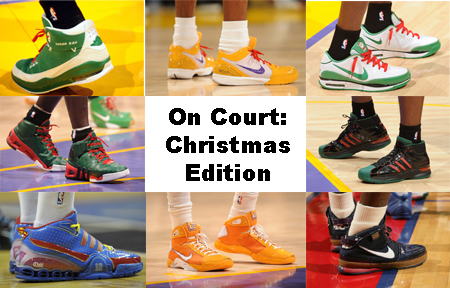 For NBA fans, Christmas Day is always important due to the quality of games held on the day. The NBA purposely faces off some of the best teams in the league to create interesting matchups that keep fans glued to their seats on one of the biggest holidays of the year. This year, the most anticipated game was most definitely the rematch of last year’s NBA finals when the Boston Celtics defeated the Los Angeles Lakers to win the NBA Championship. Not only were today’s Christmas games expected to yield great basketball, but also a spectacular array of player exclusive sneakers.

Kobe rocked a special NikeID version of his newest sneaker, the Nike Zoom Kobe IV and others on the team rocked player exclusive versions of the Nike Hyperdunk. Also, Bryant gave away 100 pairs of the Kobe IV to lucky fans at The Staples Center. Chris Paul debuted his newest signature sneaker, the Air Jordan CP3II, while Dwight Howard further extended his obsession with Superman. Rajon Rondo of the Boston Celtics had a picture of Santa Clause on his sneakers, and Lebron James rocked the “chalk” colorway of the Nike Zoom Lebron VI. Pictures via Yahoo Sports. 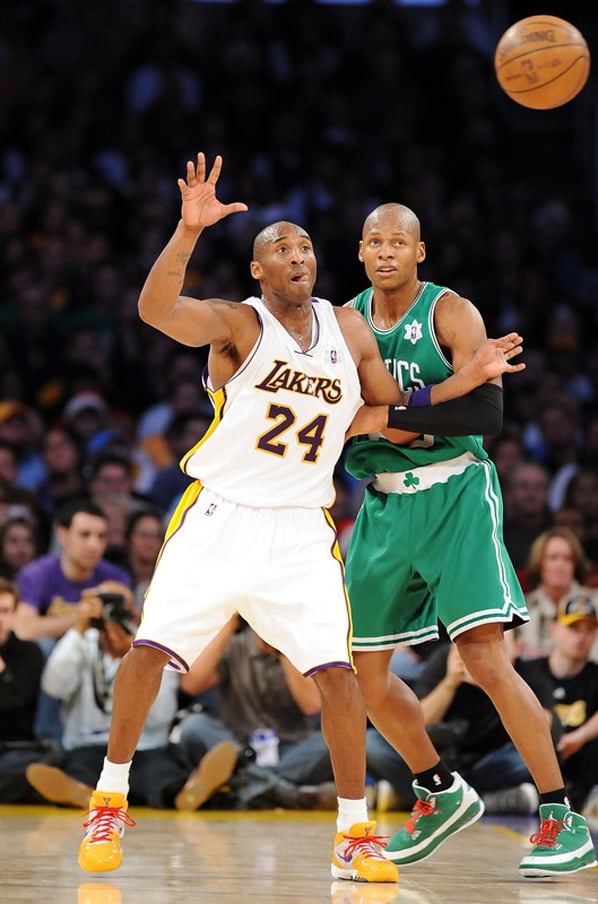 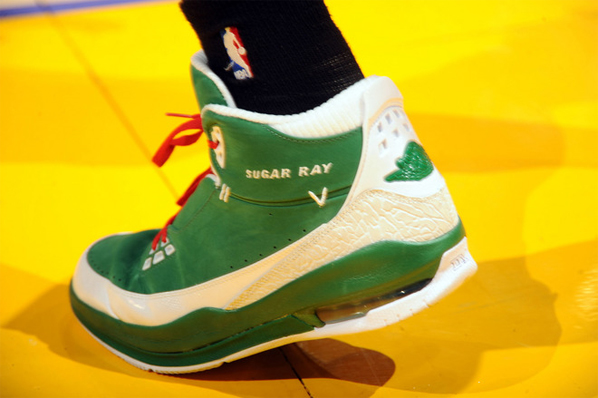 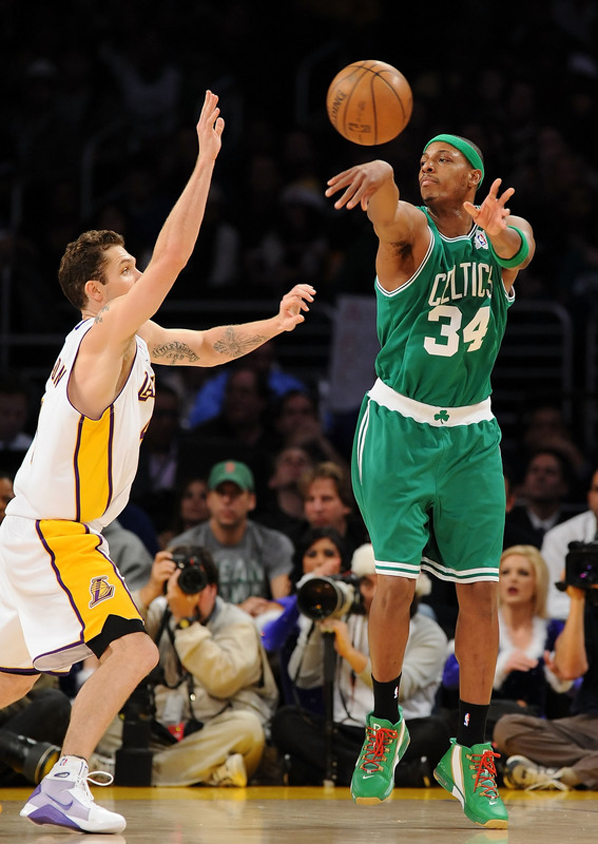 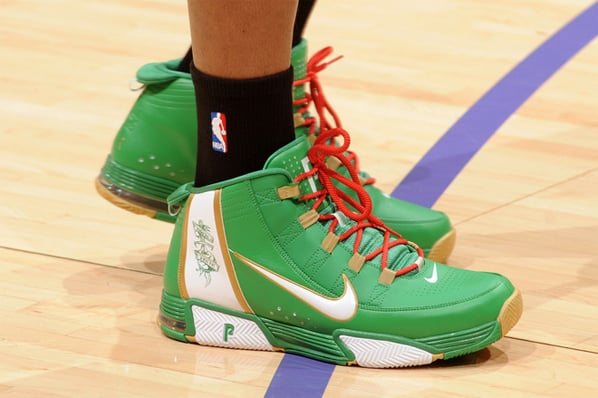 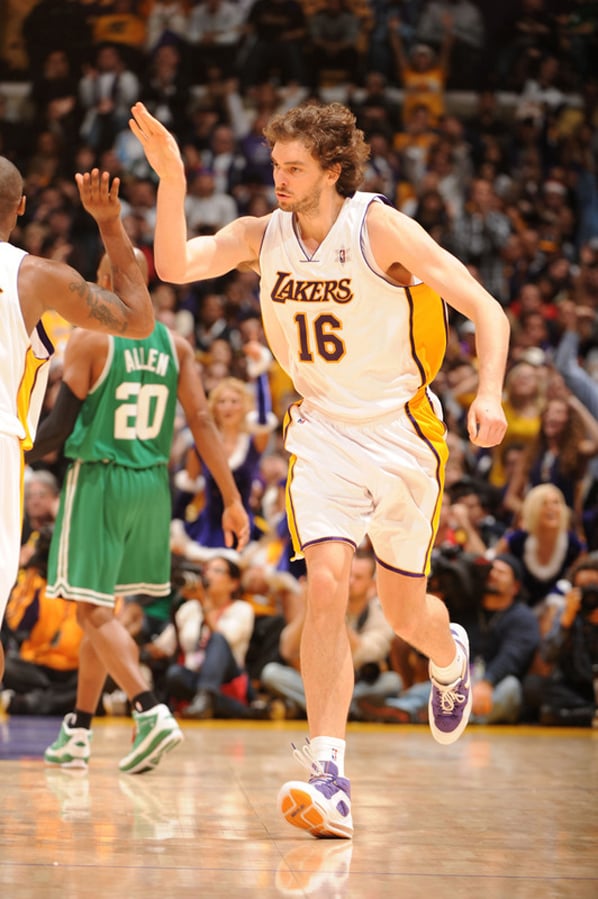 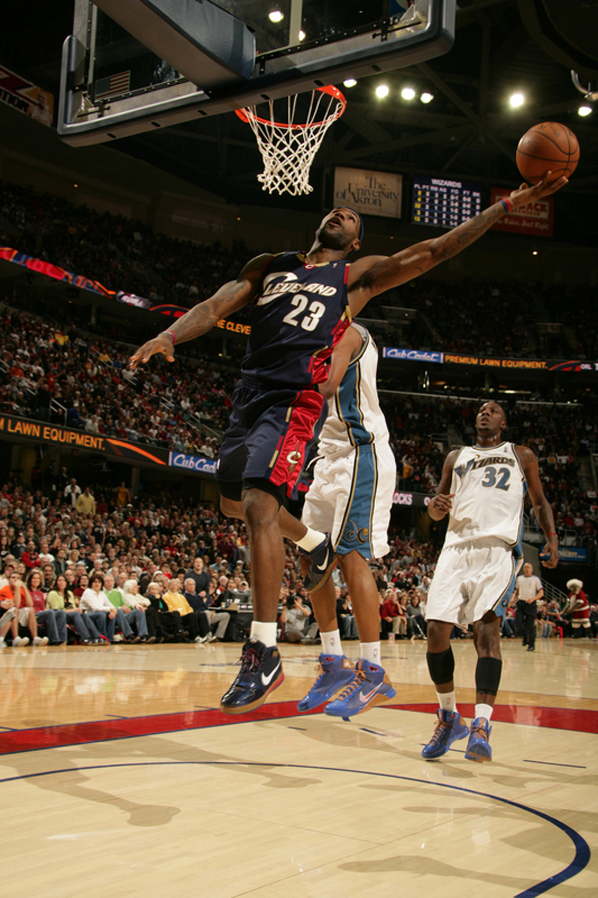 Lebron James rocks the “Chalk” Nike Zoom Lebron VI while going up for the layup. 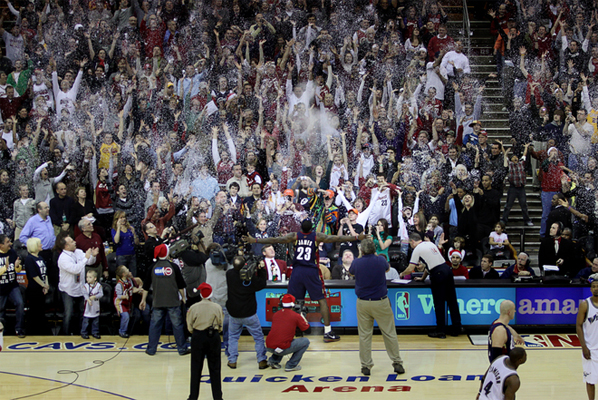 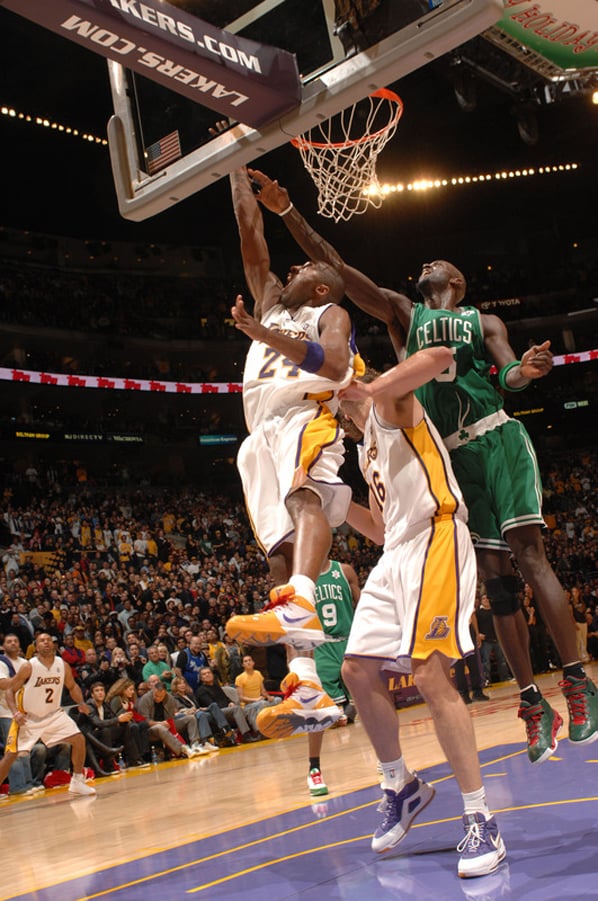 Kobe attempts a layup in a NikeID colorway of the Nike Zoom Kobe IV. 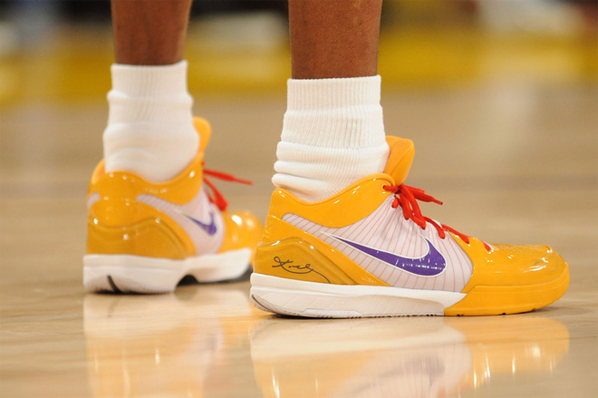 A close up view of the Bryant’s NikeID Kobe IV. 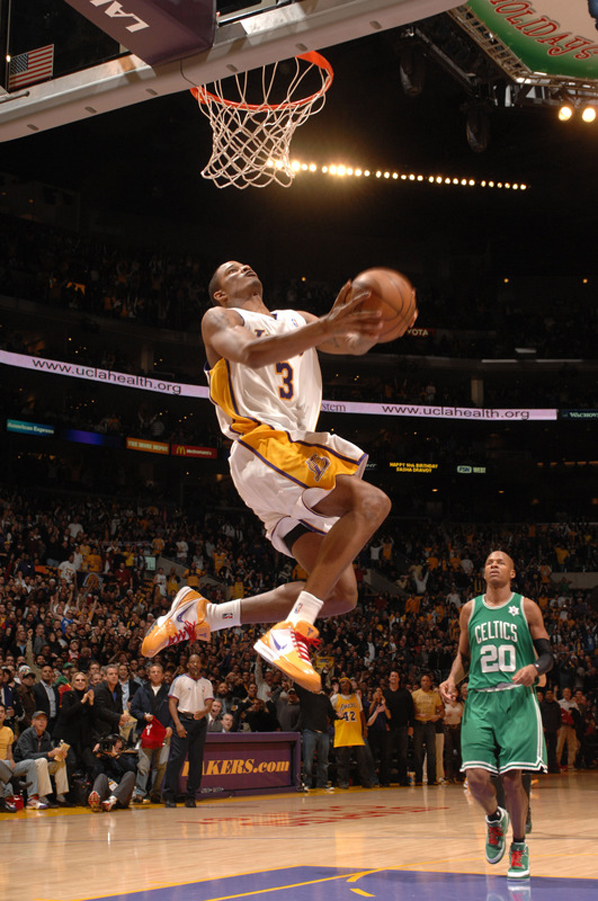 Trevor Ariza goes up for the reverse slam in the same NikeID colorway of the ZKIV as Kobe himself. 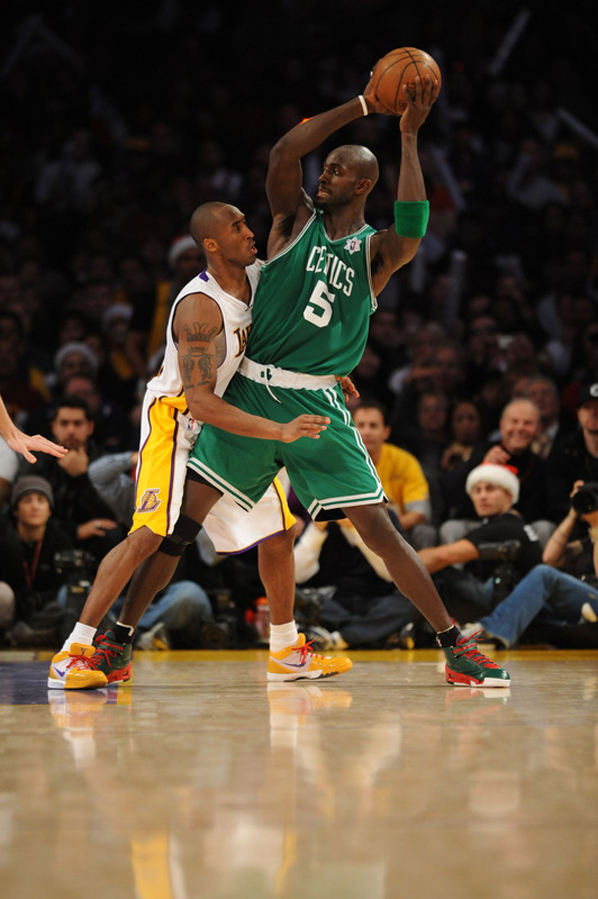 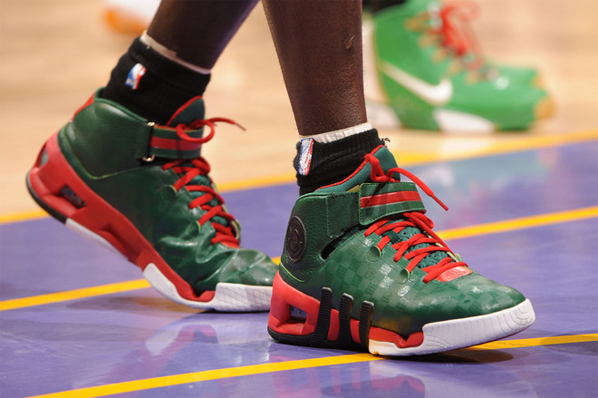 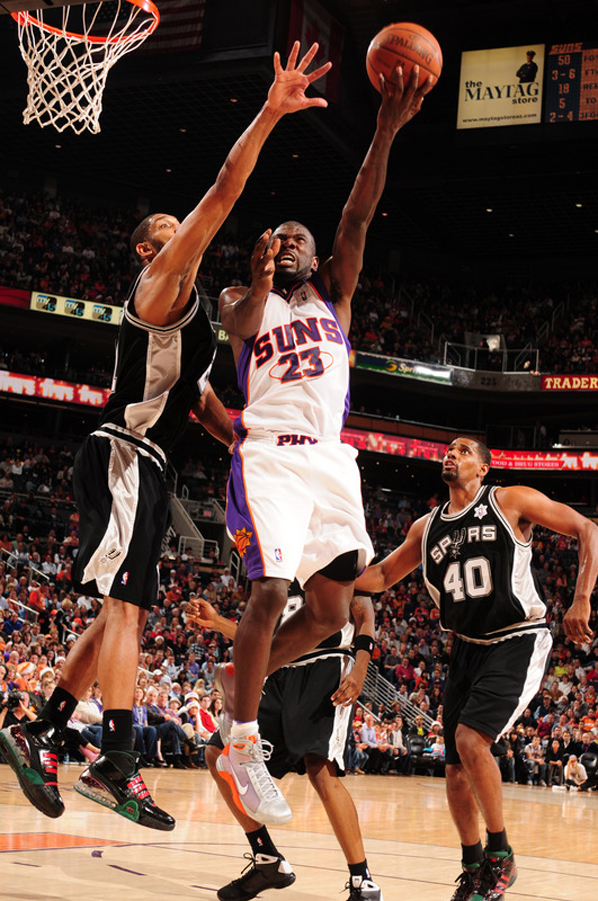 Jason Richardson goes for the layup in a PE colorway of the Nike Hyperdunk while Tim Duncan plays defense in the Adidas TS Bounce Commander. 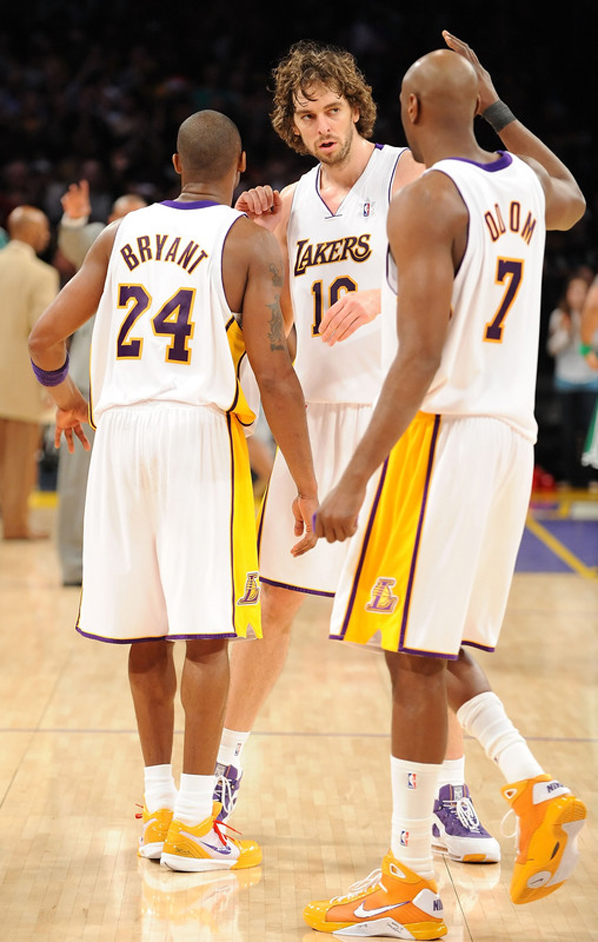 Lamar Odom joins his team while rocking the Nike Hyperdunk. 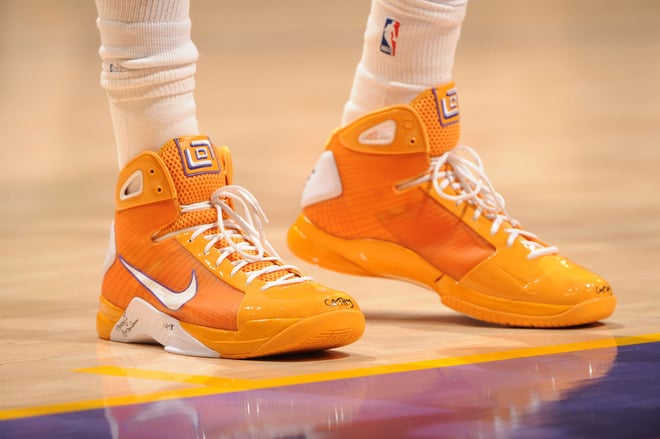 A close up view of Odom’s Nike Hyperdunk. 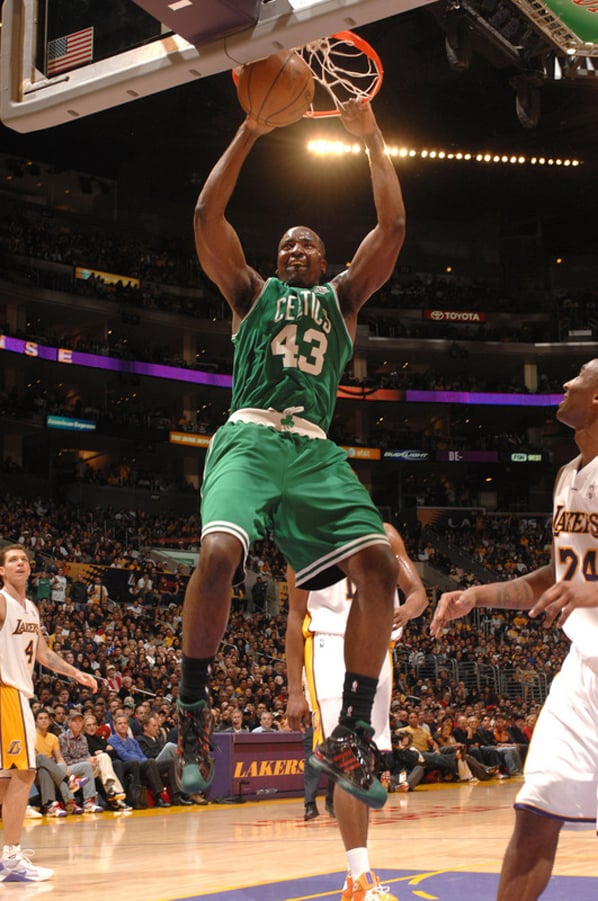 Kendrick Perkins goes up for the slam in the Aididas Pro Model. 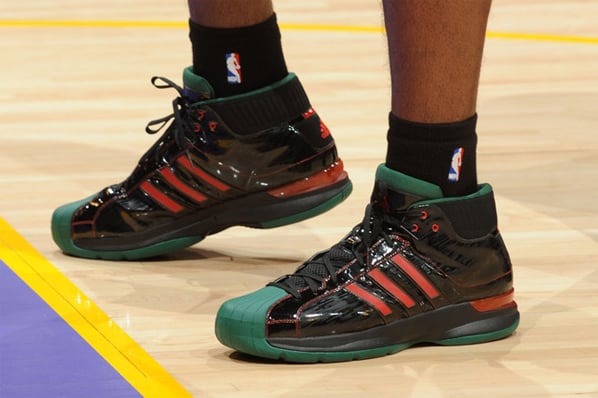 A close up of Perkin’s Adidas Pro Model. 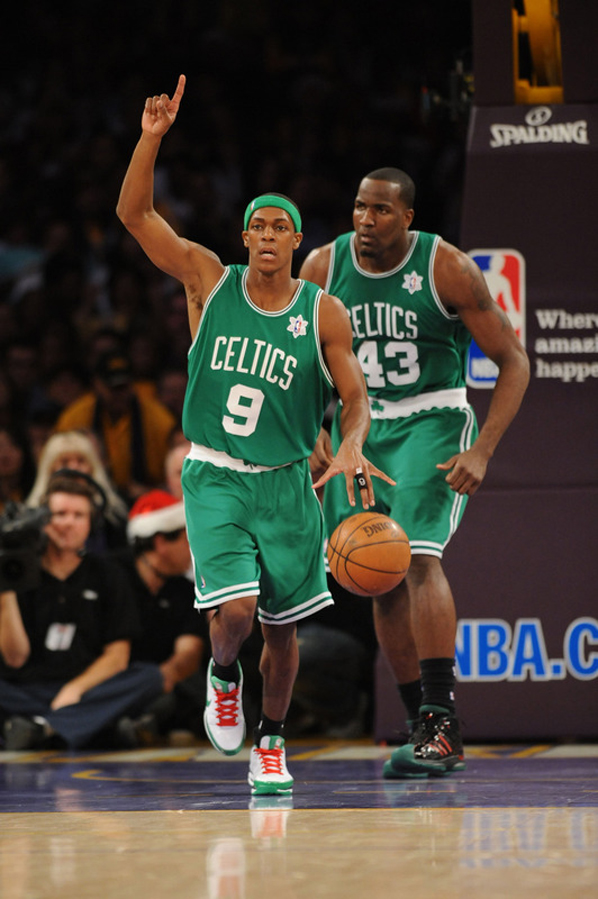 Rondo calling a play in the Nike Blue Chip Low. 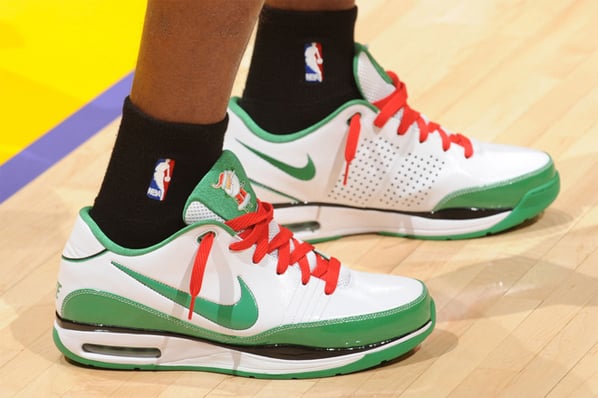 A close up view of Rondo’s Nike Blue Chip Low. We’re digging the picture of Santa on the tongue. 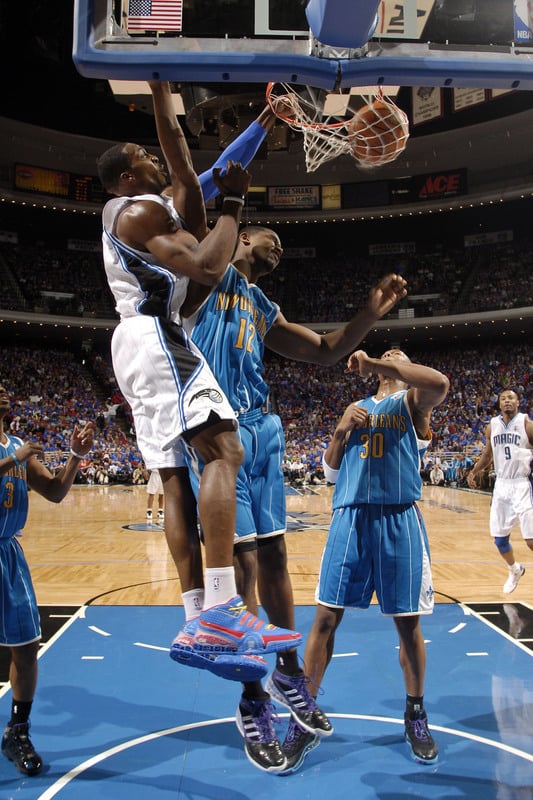 Dwight Howard throws it down in the Adidas TS Bounce Commander. 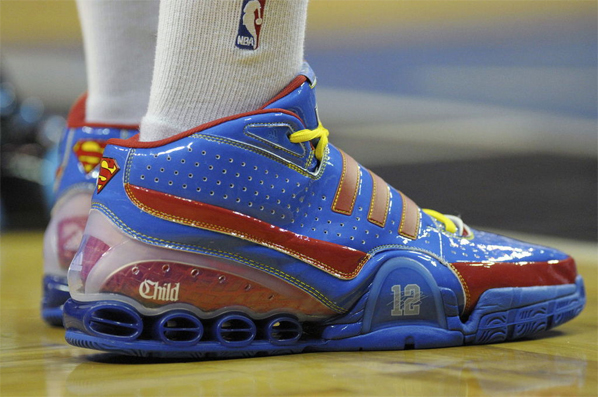 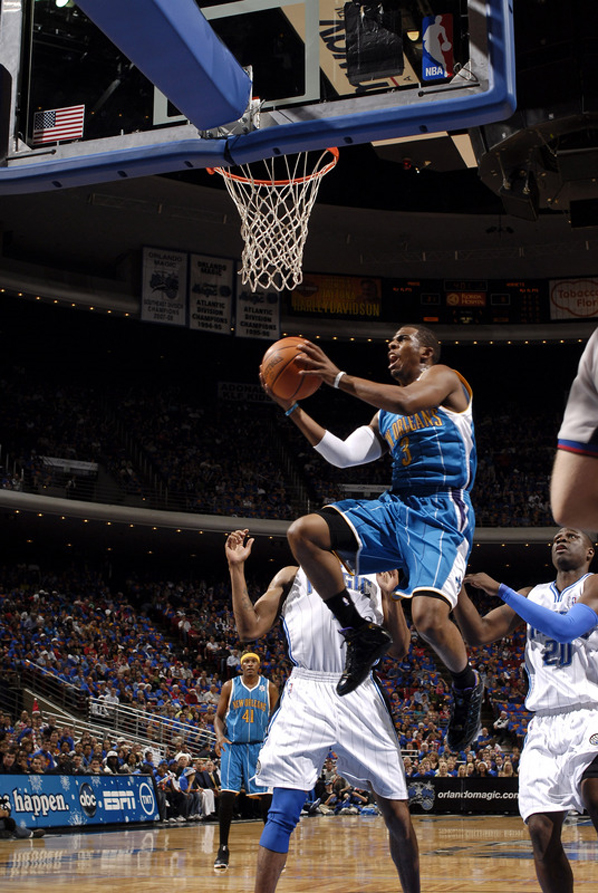 Chris Paul goes up in the Air Jordan CP3II. It’s nice to see Paul actually wearing his signature sneaker rather than the AJ XX3. 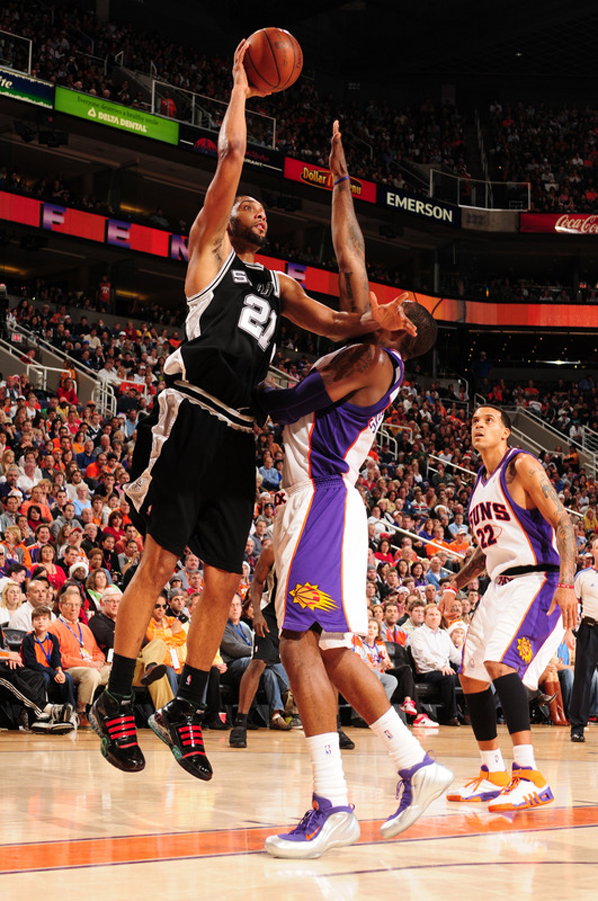 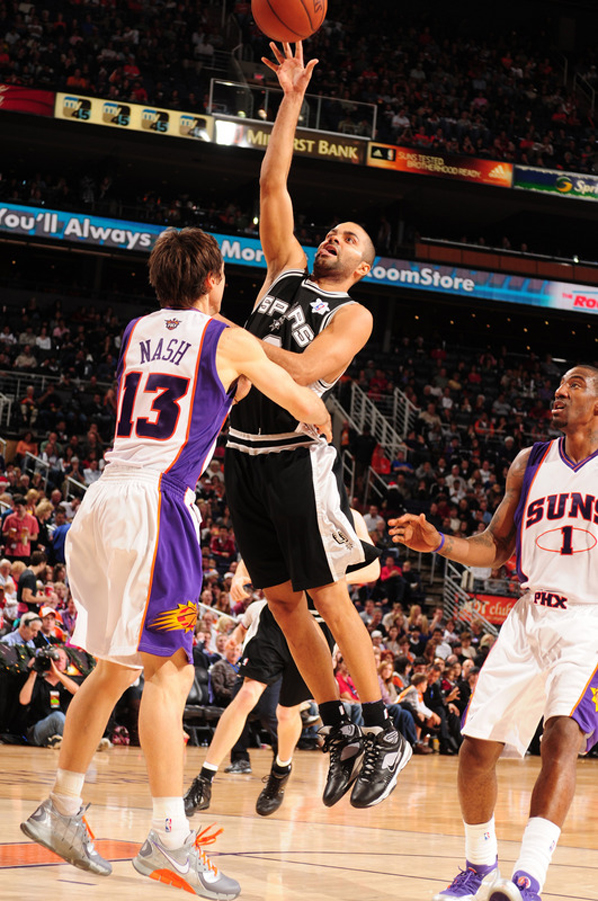 Tony Parker goes up for the shot in the Nike Huarache ’09 while Steve Nash plays defense in the Nike Zoom MVP. 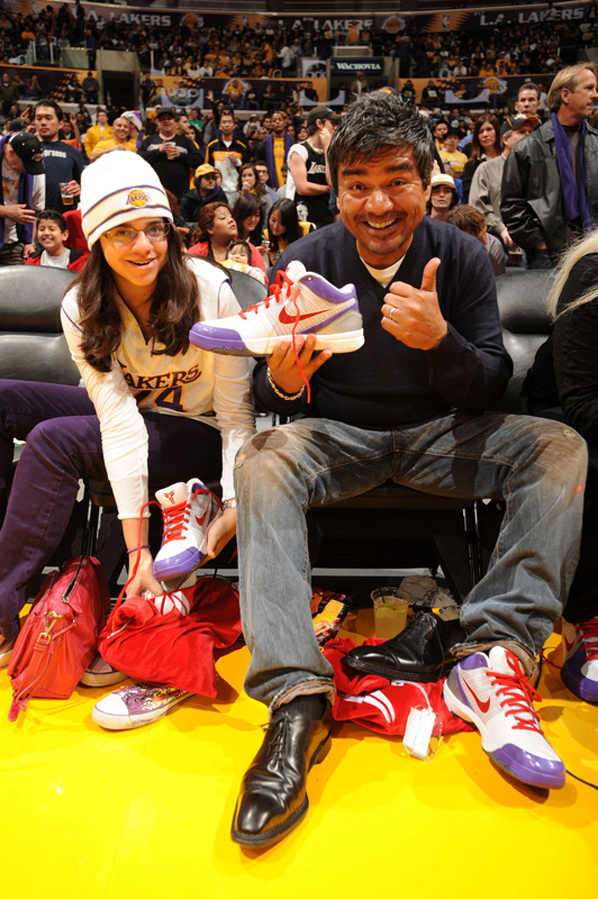