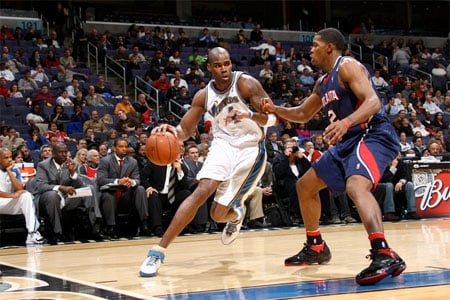 Ray Allen was the first player to debut the Air Jordan 2K9 on the courts during the regular NBA season, and now we are seeing evidence that Joe Johnson of the Atlanta Hawks has also started rocking a player exclusive colorway of Jordan Brand’s newest signature sneaker. Johnson’s PE yields a black patent leather base with red accents seen on the ankle and sole. Though the Air Jordan 2009 is not doing too well in stores, many sneakerheads agree that they would definitely cop some of the player exclusive colorways that we have been seeing on the hardwood as of late. There is no information currently indicating that any of the Air Jordan 2K9 PE’s will release, but don’t be surprised if something comes up in the upcoming months. 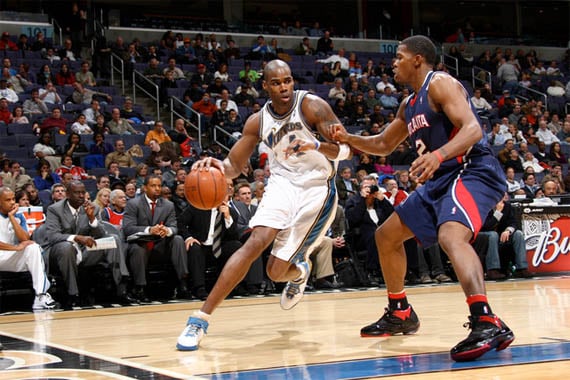 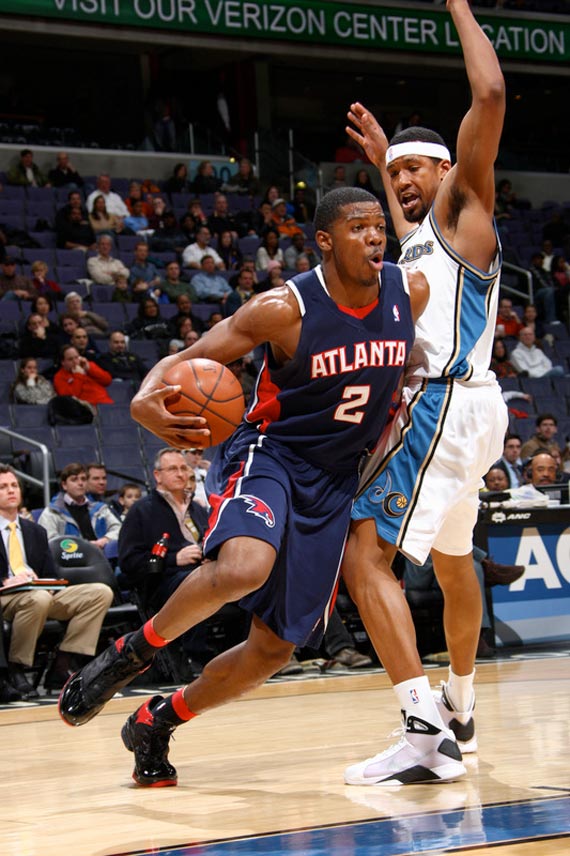