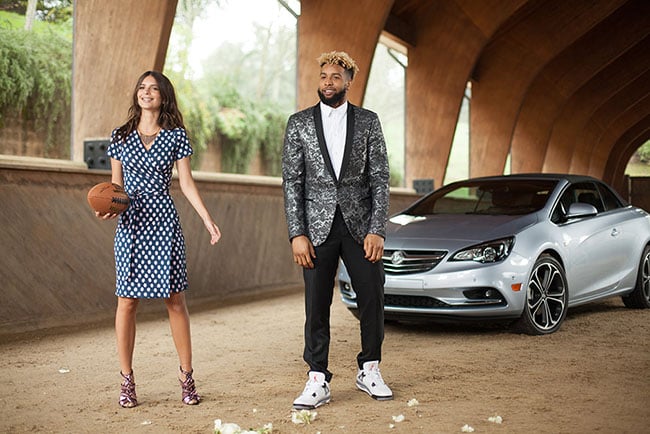 Although Odell Beckham Jr. and the New York Giants won’t be playing in Super Bowl 50, the Pro Bowler and potential future Hall of Fame inductee Wide Receiver will be in a Super Bowl 50 Commercial alongside actress and model Emily Ratajkowski. In the segment, Beckham Jr. is spotted wearing the upcoming Air Jordan 4 ‘White Cement’ release.

The commercial the two are spotted in is for the Buick Cascada, a new luxury car by the brand that is now showing up at Buck dealerships. The 30 second commercial will officially air during Super Bowl 50 which takes place on February 7th, just in-case you forgot.

As of late, Odell Beckham Jr. has been spotted wearing different Air Jordan models, most recently the PSNY Jordan 12 with Drake. While it should be a good promotion for Jordan Brand and the White Cement Jordan 4 to release, we doubt they need any push for the model. 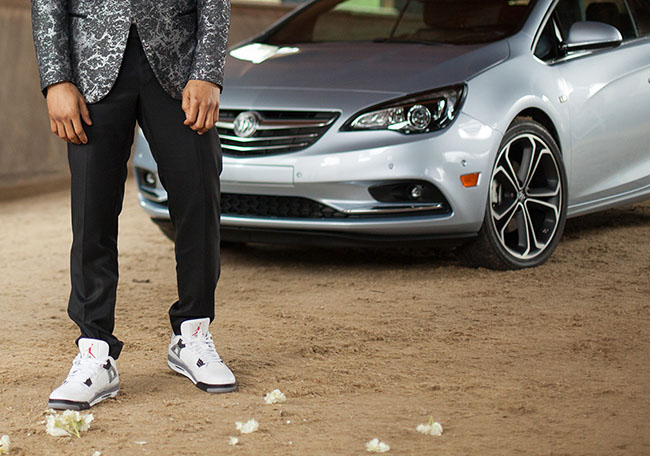