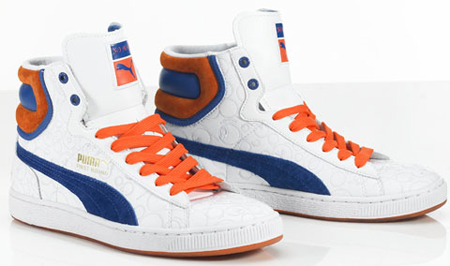 As mentioned before, the No Mas x Puma First Round “The Lottery” series consists of color-ways modeled after NBA teams like the Los Angeles Lakers and Boston Celtics and now the New York Knicks, all of which were great teams of the 70’s and 80’s.

However, there isn’t much info surrounding the release of the New York Knicks First Rounds, but they will be priced at $150, so keep your eyes open for these. Via Complex.