The NikeiD Air Force 1 ‘Iridescent’ Option is Back 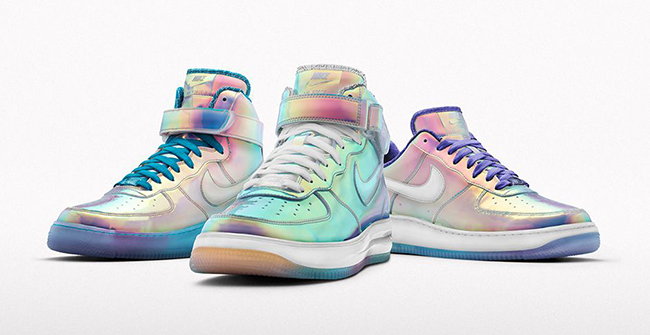 Back in February, NikeiD introduced the Air Force 1 with a iridescent option for All Star weekend. Now they are bringing it back but this time there are some changes.

You can design the Air Force 1 High, Mid and Low, which prior only the lows and highs were available. Now you can now only add iridescent to the uppers, but the strap and midsole as well. If that’s too much for you, you can design them with a white midsole and rainbow gradient outsole which still compliments the uppers. Here are more examples how you can customize the Iridescent Air Force 1:

Choose Your Materials
The classic leather lends an original look and feel, while the iridescent material makes you stand out anywhere you go. Nylon and mesh are also available on parts of the upper.

Add a Midsole Graphic
Choose the gradient option to hook up with your iridescent upper, or add contrasting speckles to build on your shoe’s uniqueness.

Choose Your Outsole
Pick your favourite for a one-of-a-kind look. It’s available in solid and translucent colors, as well as a cool glow treatment.

The NikeiD Air Force 1 ‘Iridescent’ will go on sale on Wednesday, October 14th 2015 and will retail for $100. Below is an example of the full iridescent look. 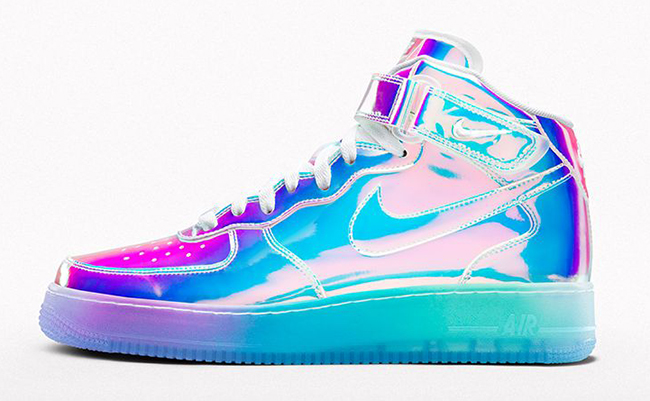