The Nike Legend was first released in 1983 and is one of the most legendary basketball sneakers. Nike Legend came in both high-and low-top versions. Its simple design featured a simple white upper with the trademark Nike swoosh. This sneaker was designed for “heavyweight” basketball players, and was worn by Patrick Ewing when he played for the Georgetown Hoyas. 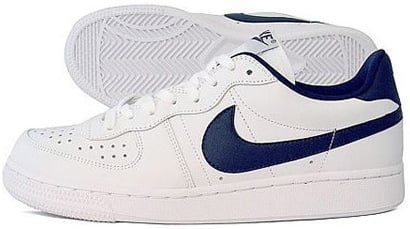