Originally released back in 1996, the Nike Air CB4 was made exclusively for Charles Barkley. At the time, Sir Charles played on the Phoenix Suns, and was traded to the Houston Rockets. Since Hakeem Olajuwon was number 34, so Barkley had to change his number to 4, giving the official name of this sneaker Nike Air CB4. 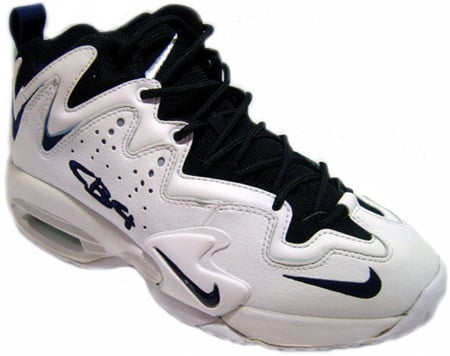