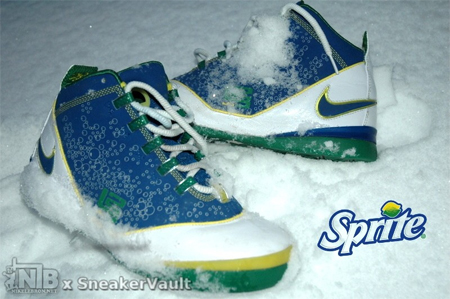 The Nike Lebron Line is known for yielding many interesting colorways of Lebron James’ signature sneakers. During the past few weeks, we were enlightened by pictures of a “Chalk” Nike Zoom Lebron VI and a Nike Zoom Soldier II inspired by the Ohio State Buckeyes. We now have a picture of a Nike Zoom Soldier II inspired by the popular Coca-Cola owned soda brand, Sprite. Featuring a bubble filled blue upper accented by a green outsole and yellow stitching, this pair accomplishes its goal by leaving all our mouths watering for a bottle of Sprite. Some may remember that a couple years ago, there was also a Nike Zoom Lebron III Low “Sprite” which featured a colorway exactly like that of the Nike Zoom Soldier II shown above. There is no word as of yet if these will be released, but stay tuned for updates. Via NikeLebron. 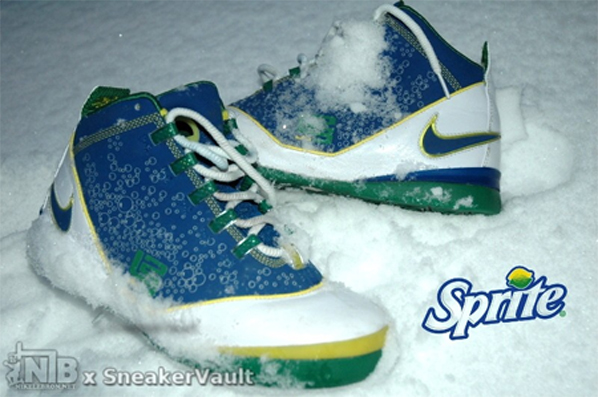