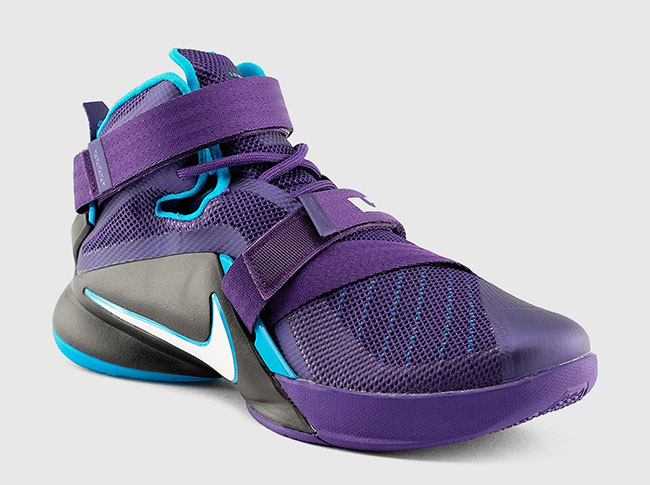 Yesterday we gave you a first look at the Nike Zoom Soldier 9 which came in two color themes, Blackout and Sprite. Not even 24 hours later another pair has popped up inspired by the Summit Lake Hornets.

The Summit Lake Hornets was LeBron James recreational basketball team he played for and through his signature shoes, we have seen color schemes resemble the team, which in turn modeled after the Charlotte Hornets. Using purple across the mesh and part of the midsole, aqua accents can be seen on the liner, outlining the swoosh and part of the heel outsole. Black hits the wing, midsole wrapping the heel and strap.

Check back with us for more information on the Summit Lake Hornets Nike Zoom Soldier 9 and images.

Update: The Summit Lake Hornets edition of the Nike Zoom Soldier 9 is now available at KicksUSA for $130. 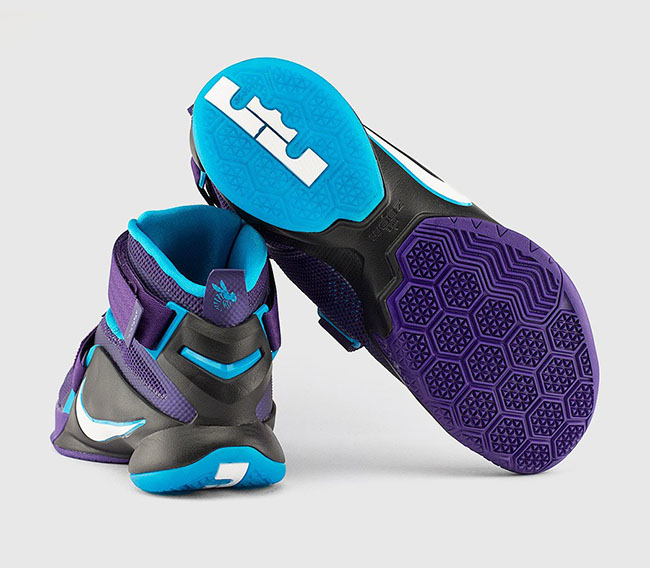 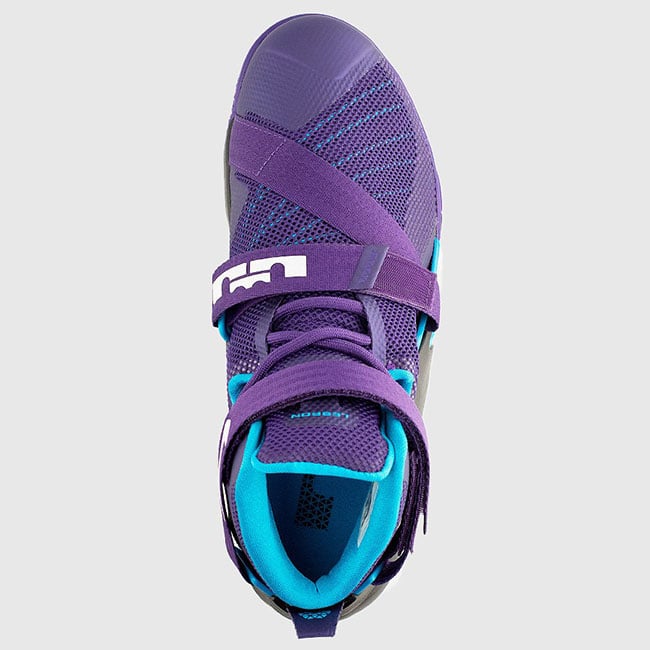 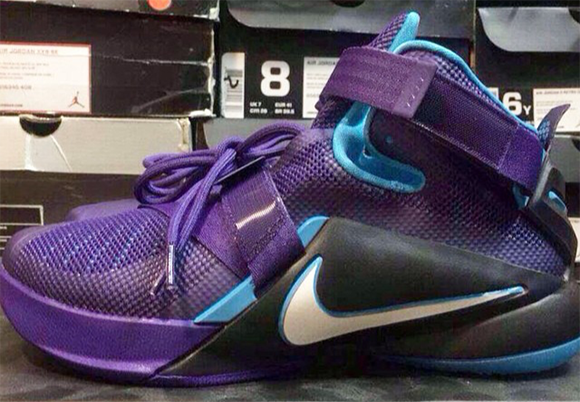