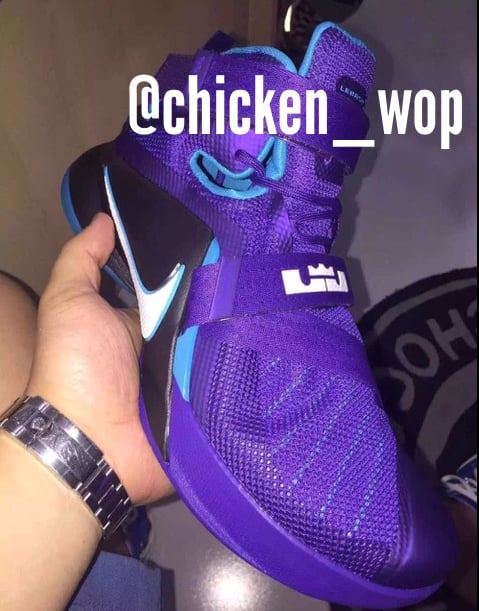 Featuring a purple mesh uppers which also hits the midsole. Turquoise is accented throughout but more as an outline but hitting the Hornet on the heel. Black lands on the side wing while white fills in the swoosh.

As of now there isn’t any release info on the Summit Lake Hornets Nike Zoom Soldier 9, but as more news develops we will continue to update you. 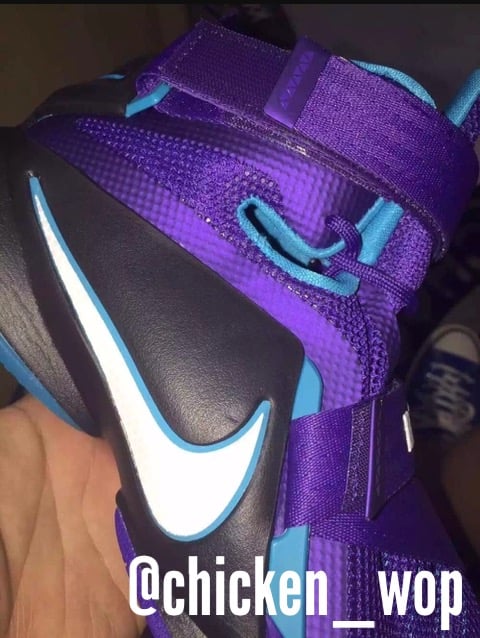 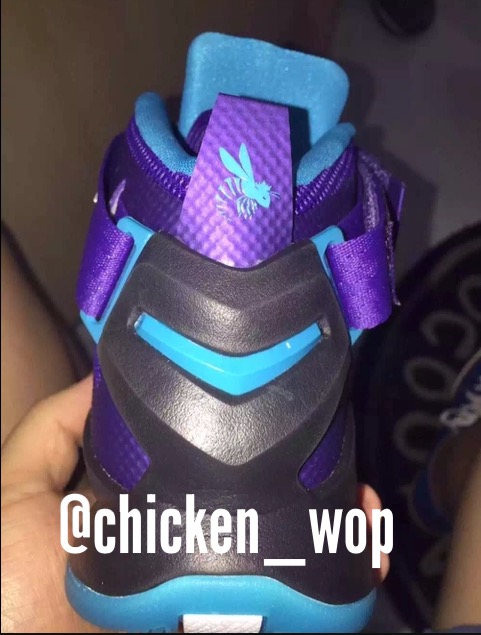 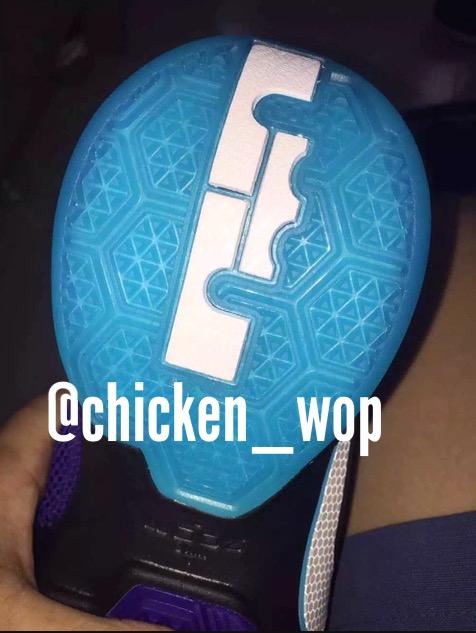