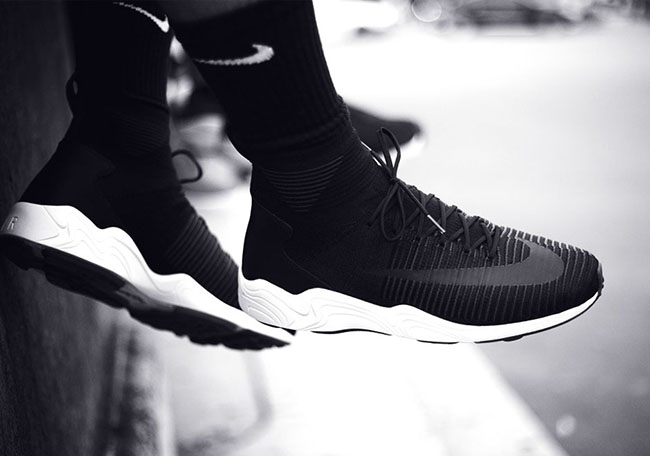 Inspired by the classic Zoom Spiridon, Nike Sportswear is set to release the Nike Zoom Mercurial Flyknit Spiridon this June. In addition, this release will also celebrate the Palais of Speed event that is taking place at Palais de Tokyo in Paris which will also be a tribute to the 2016 Euro Football Tournament in France.

Upgrading the Nike Free Mercurial Flyknit, the shoes will have Zoom Air as well as elements taken from the Zoom Spiridon. In addition, Black covers most of the uppers as well as wrapping the heel, extended collar and laying on the transparent outsole. Other details include leather on the heel, Anthracite detailing and a White midsole.

The Nike Zoom Mercurial Flyknit Spiridon shown will release on June 18th, which is the last day of the tournament. Limited quantities will be available. As well, each pair will have an exclusive box which was designed by Parisian artist Ugo Gattoni. 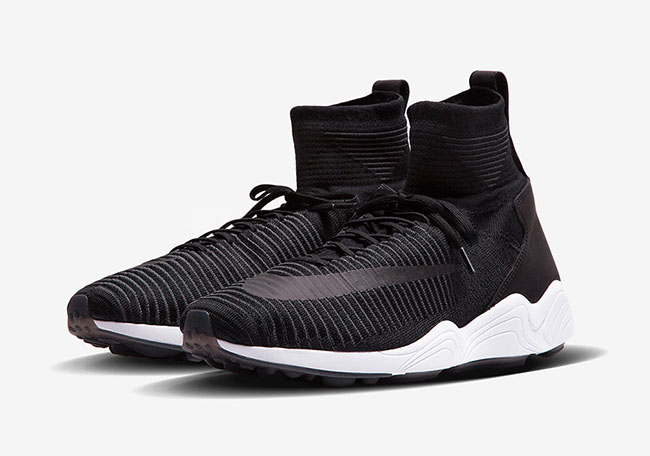 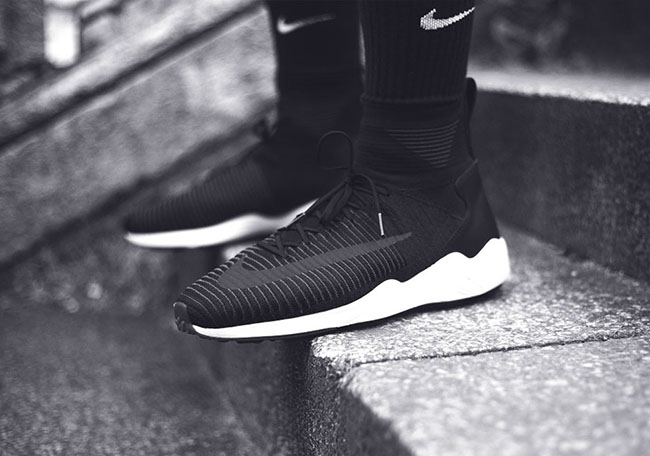