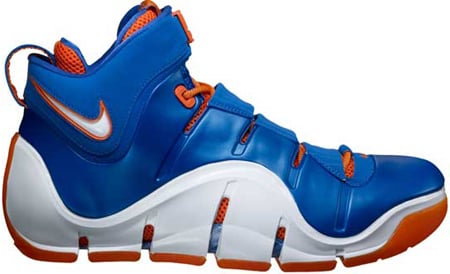 The Nike Lebron IV will follow their ritual for the past 2 years by releasing a Birthday model. Last year, it was said that the Nike Lebron IV Birthday will release in a two shoe pack, but Nike has pulled that idea. Also, it was said that the LeBron IV Birthday would release in a Gold or Brown color way, but as you can tell, Nike changed that. DLP from ISS said the Nike LeBron IV will release on December 27th, and should arrive at your home on December 30th, the day of LeBron James Birthday.