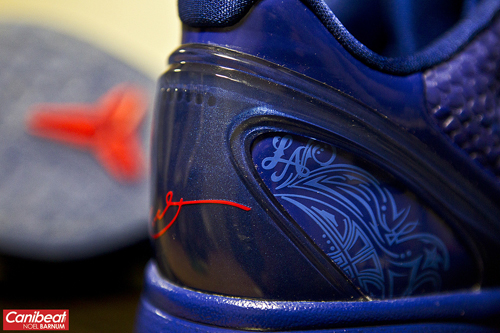 With the 2011 NBA All Star game just two months away, we should expect alot of All Star colorways to be surfacing, much like this Nike Zoom Kobe VI ‘LA’. Designed for the All Star game, the shoe is dressed in a royal blue upper, along with a imagery of the city(L.A), laid underneath the polyurethane snake skin. A LA graphic can be seen on the shoes heel, mostly because not only is Kobe a LA Laker but the All Star game is also being held in L.A. Red makes an appearance on the shoes tongue aswell as on the translucent out sole. Now no exact release date has been given but, keep it locked with SneakerFiles for the latest news. Check after the jump for a much better look at the Nike Zoom Kobe VI ‘L.A’. via ISS. 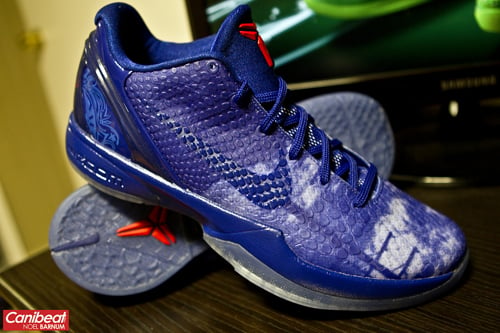 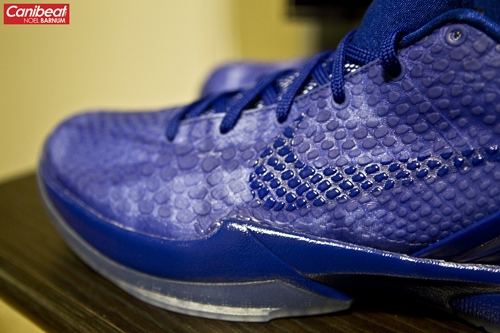