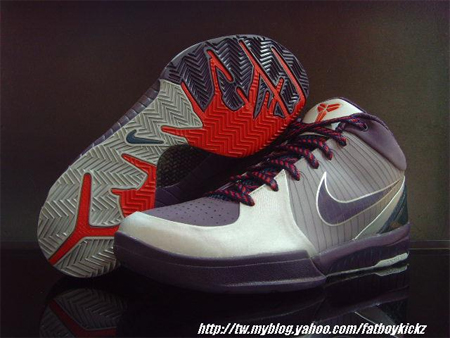 As most of us have seen by now, the late Heath Ledger’s performance as the Joker in The Dark Night was absolutely amazing. We are now seeing evidence that Kobe Bryant also found Ledger’s role to be great and has decided to release a colorway of his newest sneaker, the Nike Zoom Kobe IV, in order to commemorate the performance. Though the name of the colorway does not contain a direct reference to the Joker, anyone that has seen The Dark Night can easily relate the word, “chaos” with the Joker. The Nike Zoom Kobe IV “Chaos” features a multicolored upper consisting of a purple base with white, red, and silver accents. This colorway, along with all other colorways of the ZKIV, will include flywire technology and will weigh in at a mere 11.6 ounces. These will be available at select Nike retailers on January 10, 2009. Via Fatboykickz. 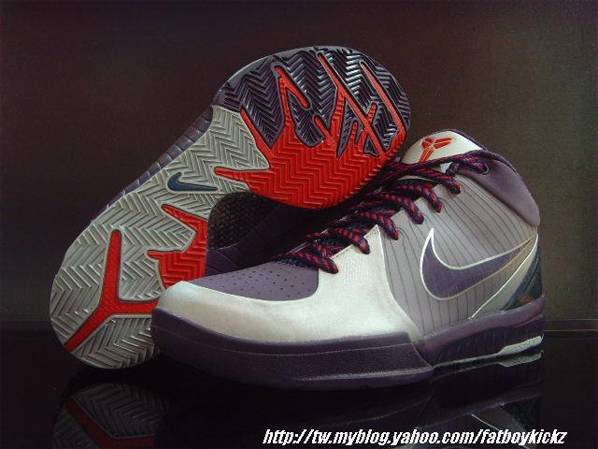 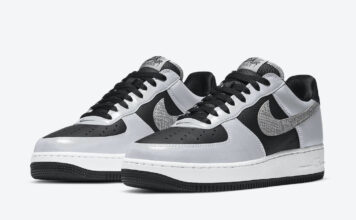