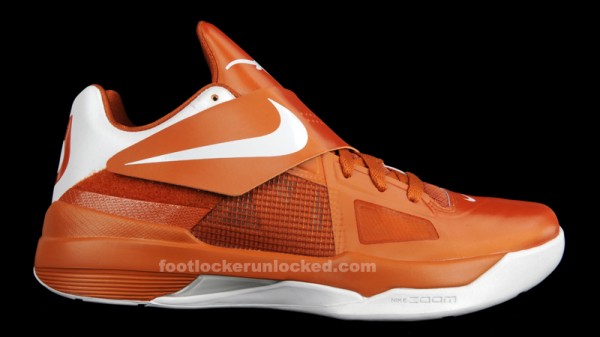 Dropping tomorrow at a limited number of locations is the “Texas Longhorns” version of the Zoom KD IV.

The Desert Orange/White colorway serves as a tribute to Durant’s alma mater, where he averaged 25.8 points and 11.1 rebounds in his only college season, culminating in KD garnering the Wooden Award and becoming the only freshman to be named AP Player of the Year and the first freshman to earn the Naismith Award. Following his one season in Austin, Durant was drafted #2 overall in the 2007 NBA Draft and had his jersey #35 retired by the university.

Releasing on Saturday, March 16, for $95, the kicks will be available at Foot Locker House of Hoops locations and Nike.com. 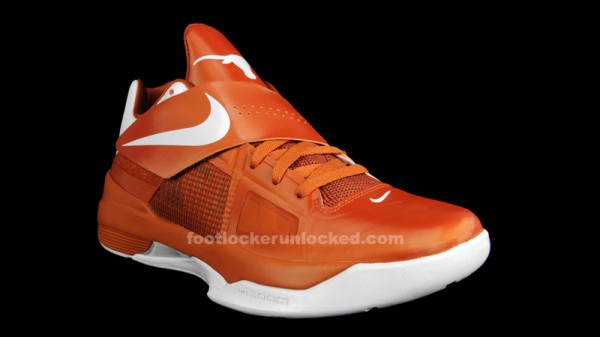 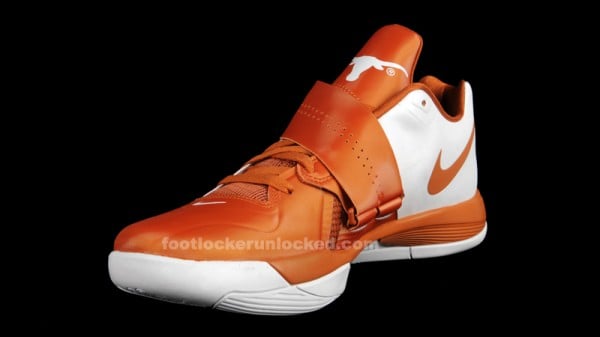 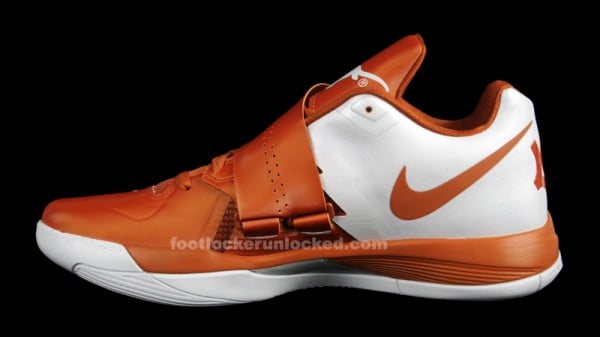 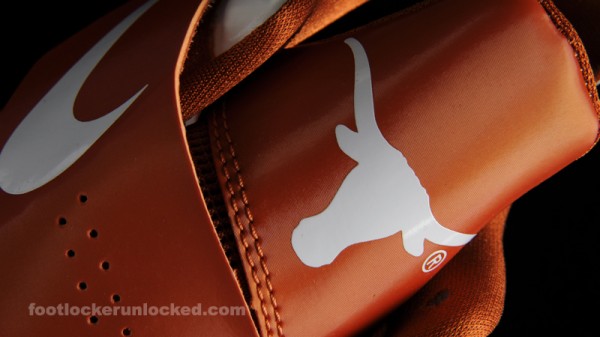 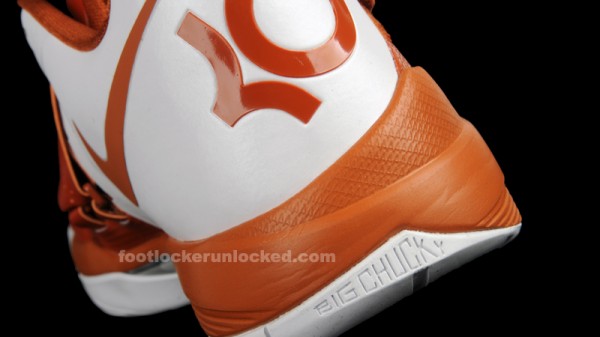 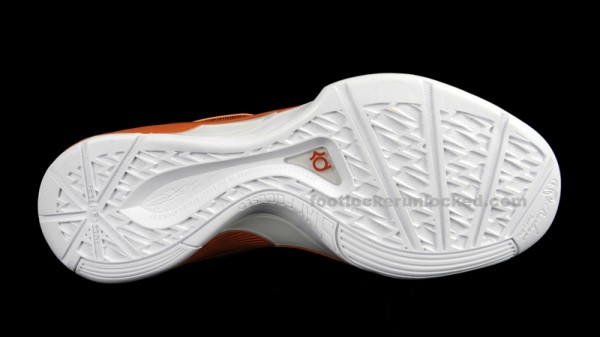