By Brian Betschart
May 1, 2012
In
NikeNike Basketball 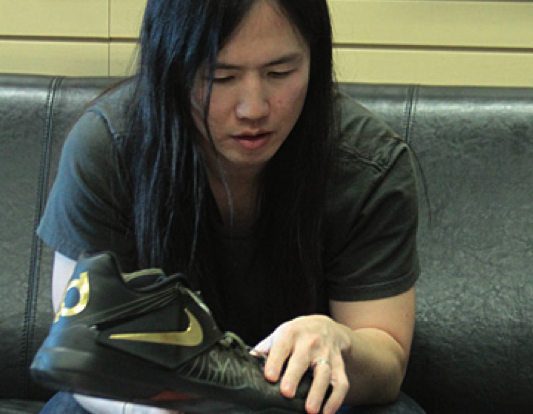 When the Nike Basketball Elite Series was initially unveiled, many wondered about the lack of the inclusion of the Zoom KD IV.

As it turns out, samples were indeed produced, but due to fit problems because of KD’s skinny feet, the overall design couldn’t be finalized in time to hit retail alongside the rest of the Elite Series for the start of the 2012 NBA Playoffs. Pictured here is designer Leo Chang with the “Away” sample of the kicks.

Look for the kicks to eventually drop in some form, likely as this year’s “Scoring Champ” release. In the meantime, stay tuned for more looks and details.