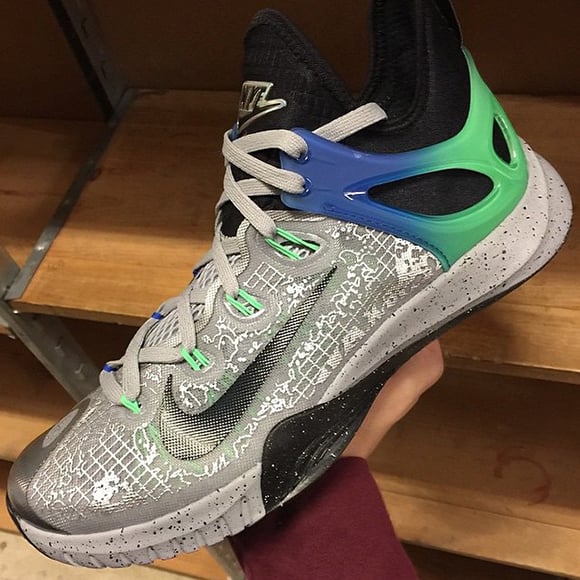 The Nike All Star releases keep on coming and we have no complaints so far. Now we have our first look at the Nike Zoom HyperRev 2015 for the weekends performances. Paul George wore the model but since he is out we wonder which All Star player will lace them up. Either way, they are dropping to the public.

The AS HyperRev 2015 is probably the loudest and most festive so far of all the releases, but sadly could be overlooked since so many pairs are dropping and are not attached to a name like LeBron or Durant. Using a blue to green gradient on the overlay heel counter, the same two colors have also appeared on the Flyknit cables. Metallic silver hits the swoosh while a speckled print is seen across the midsole.