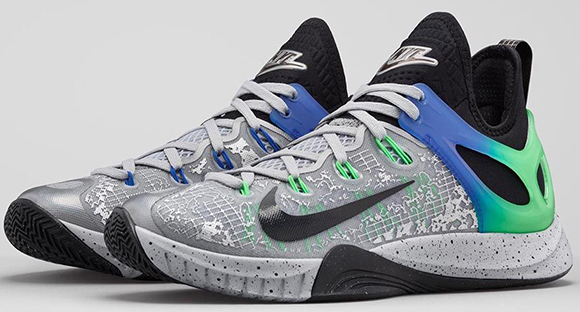 The Nike Zoom HyperRev 2015 didn’t have a press release or an official announcing, they just kind of showed up one day. Yes before they hit outlets we had early looks of the shoes, but nothing from the creators. Paul George, if playing this season and made the All Star game would probably have worn them, but either way we have official images from Nike.

Just like the HyperChase, the All Star Nike HyperRev 2015 is also apart of the Zoom City series and is assumed to be inspired by architecture from New York, but again the brand didn’t say what. Using a blue to poison green gradient on the sides, over the grey uppers is white print that resembles architectural designs and finally black comes speckled on the midsole. 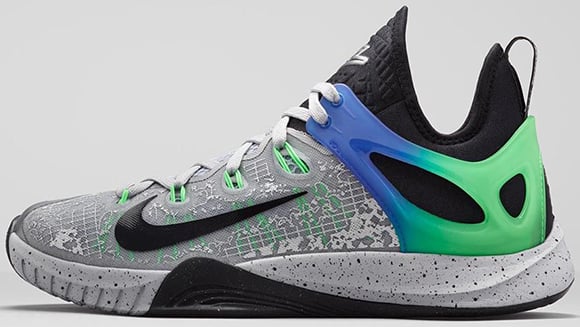 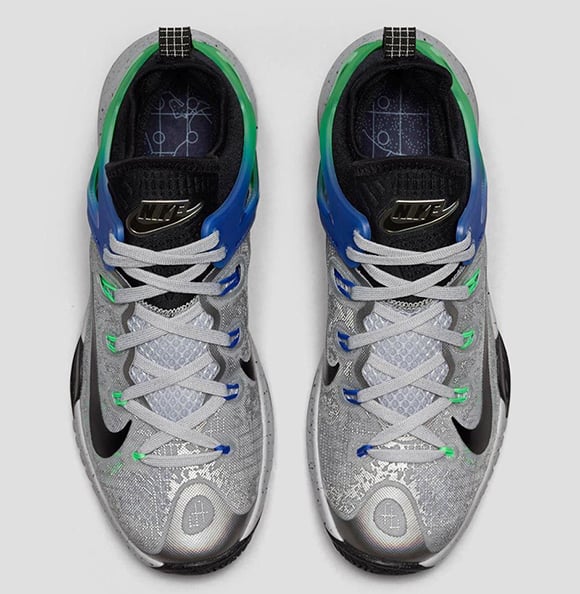 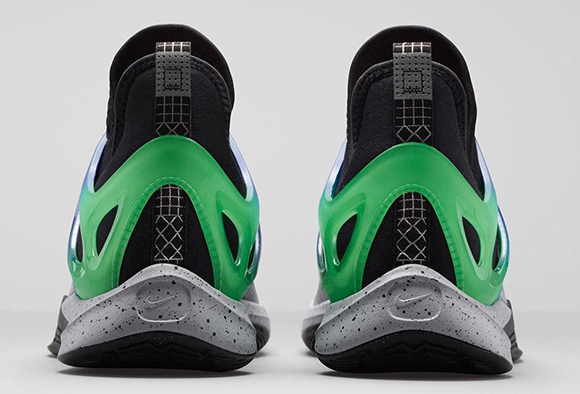