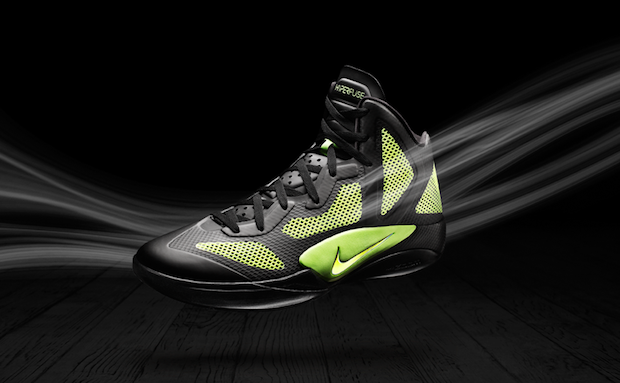 “Our mission at Nike Basketball is to design footwear that gives players an advantage on the court,” said Leo Chang, Nike Basketball Footwear Design Director. “When designing the Nike Zoom Hyperfuse 2011 and Nike Zoom Hyperdunk 2011, our goal was to maximize durability, breathability and stability with an aggressive aesthetic that sets a new benchmark for the industry.”

The Nike Zoom Hyperfuse 2011 takes design cues from it’s predecessor and makes significant improvements in key areas in an effort to make the perfect shoe for both indoor and outdoor courts. The 3-layered Hyperfuse technology takes part in the upper with reinforced collar, high cut silhouette on top of a phylon midsole and solid rubber outsole. Key technology, other than the Hyperfuse, is the Zoom Air cushioning unit that encompasses all that defines quick response and transition. This greatly anticipated release hits US retailers on July 15th and will be available in China, starting July 1st. Keep it locked on Sneakerfiles for more Hyperfuse 2011 releases as they come!