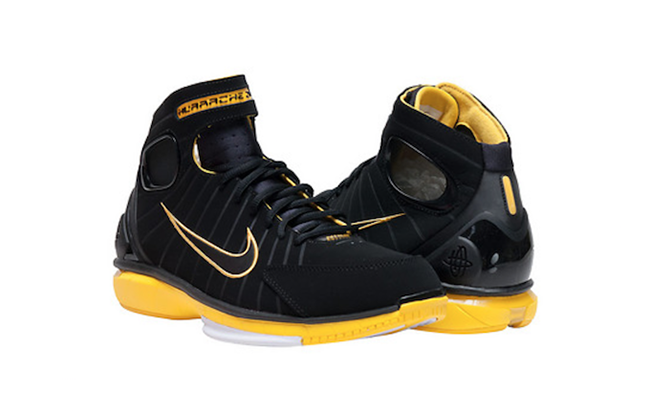 Worn on the court by Kobe Bryant, this Nike Huarache 2K4 features a Black and Varsity Maize color mashup. Through the uppers is predominate Black nubuck that also extends across the toe, heel and collar. Adding life to the shoes are accents of Varsity Maize which lands on the midsole, outlining the Swoosh and across the strap. Completing the look is a hit of White on the outsole.

Although a release date for the Nike Huarache 2K4 Varsity Maize has yet to be announced, expect them to start showing up at Nike Sportswear retailers soon. Retail price will be $150 and you can check out more images below.

Update: The ‘Varsity Maize’ Nike Huarache 2K4 is available now at JimmyJazz.com for $150. 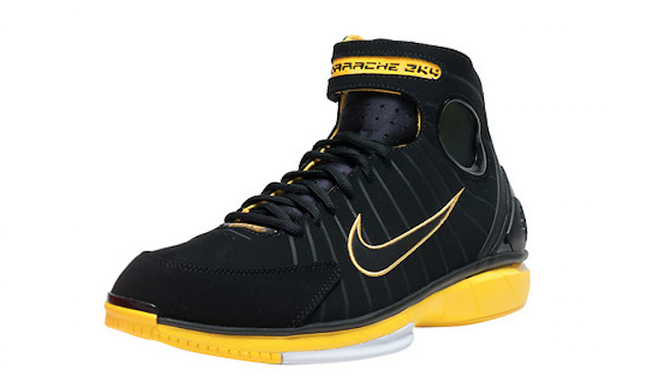 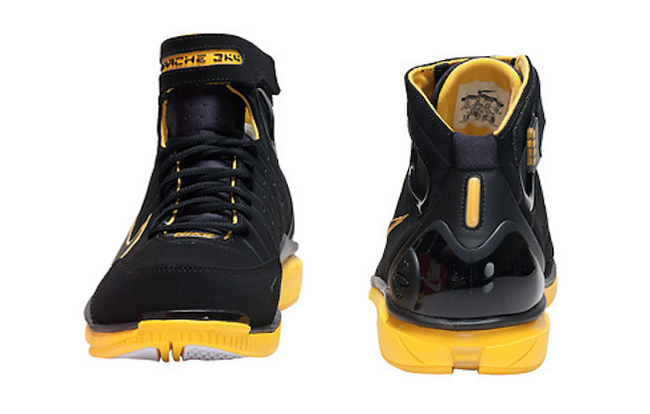 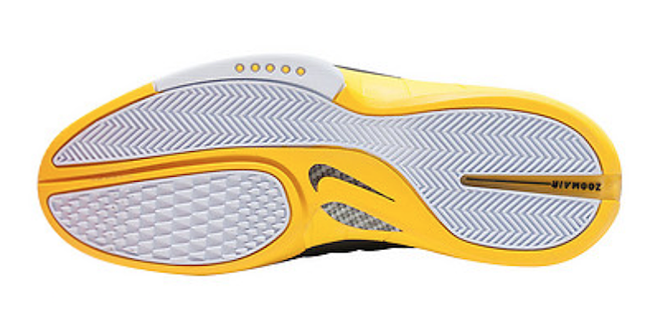 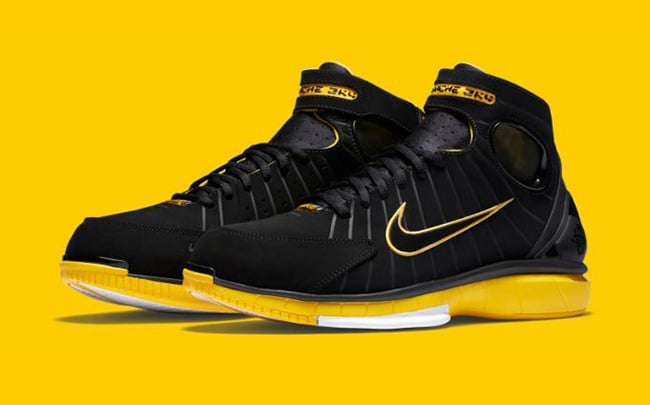 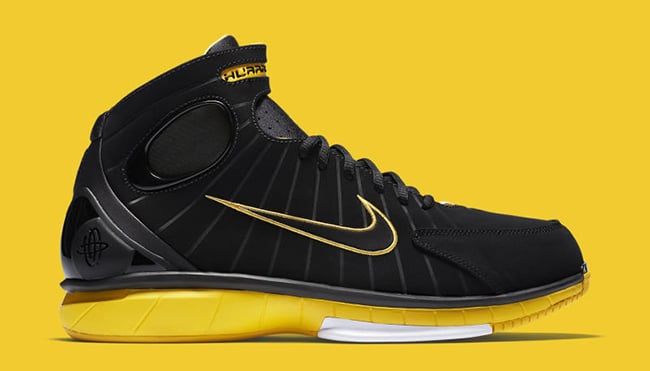 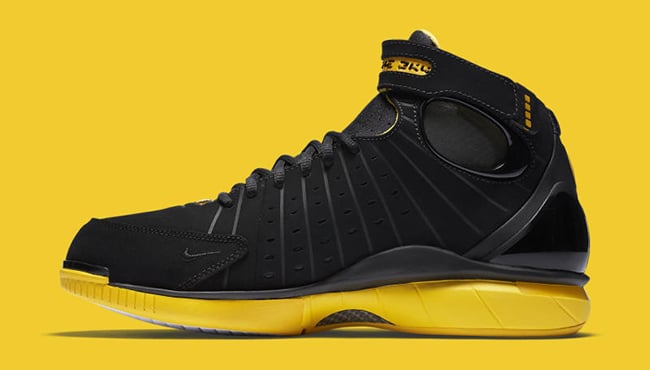 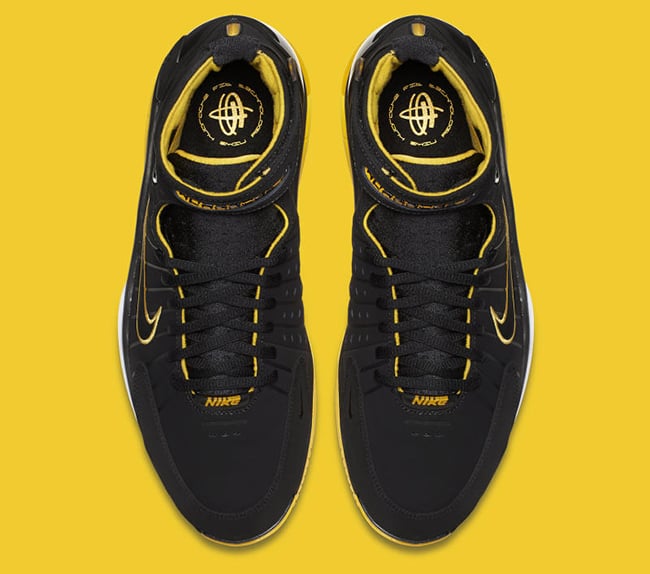 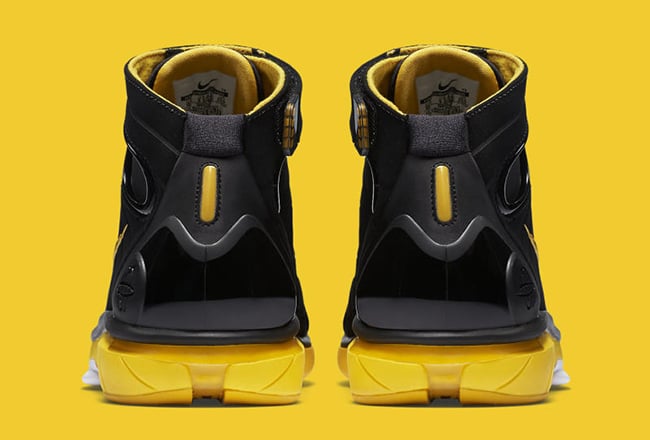