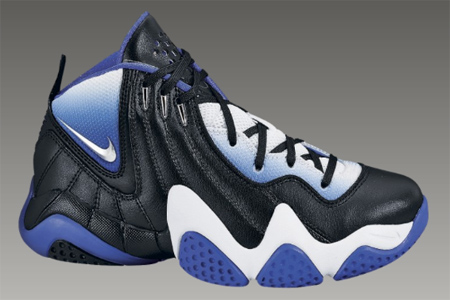 Nike’s newest hybrid sneaker, the Zoom Fun Police, has appeared at certain Nike retailers, but there is a catch. Only gradeschool (GS) sizes are available for now, so the grown sneakerheads will have to wait their turn to get their hands on a pair. The name of this hybrid comes from a 1990’s Nike Basketball advertisement which portrayed Jason Kidd, Kevin Garnett, and Tim Hardaway as the “Fun Police,” so it is only fitting that this sneaker take key components from Jason Kidd’s Zoom Flight V, Kevin Garnett’s Air Garnett III, and Tim Hardaway’s Zoom Flight T Bug. The first GS colorway features a black base with chrome, varsity royal, and white accents while the second pair yields a white base with metallic silver accents. Though only smaller sizes are currently available, expect for the Nike Zoom Fun Police to be released in mens sizes soon. 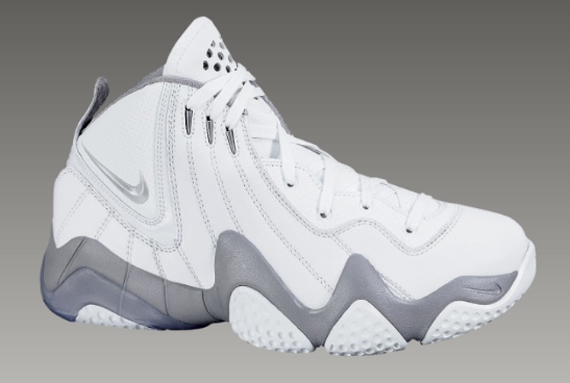