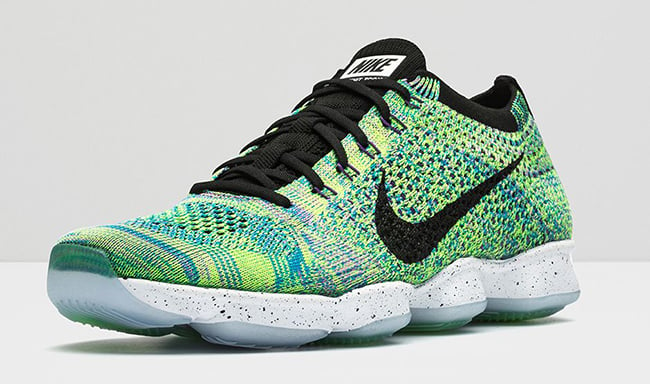 According to the color description, they feature fuchsia glow, black, voltage green and photo blue. While the base is done mainly in green using Flyknit material, you can see the aforementioned colors through it. In addition Nike has added black to the tongue, liner, laces and swoosh. Other details include a white midsole with speckled overlay and a translucent outsole. 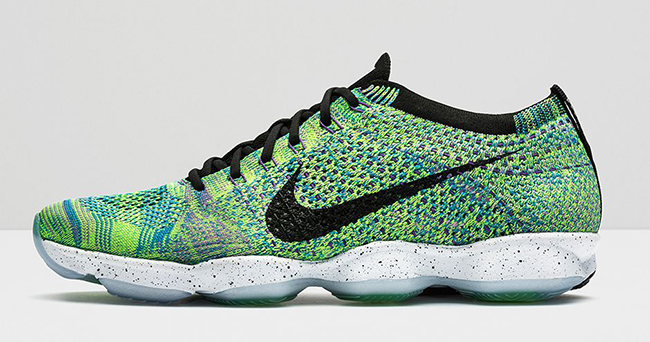 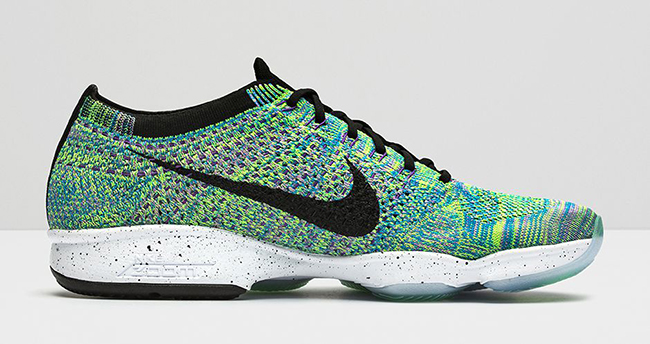 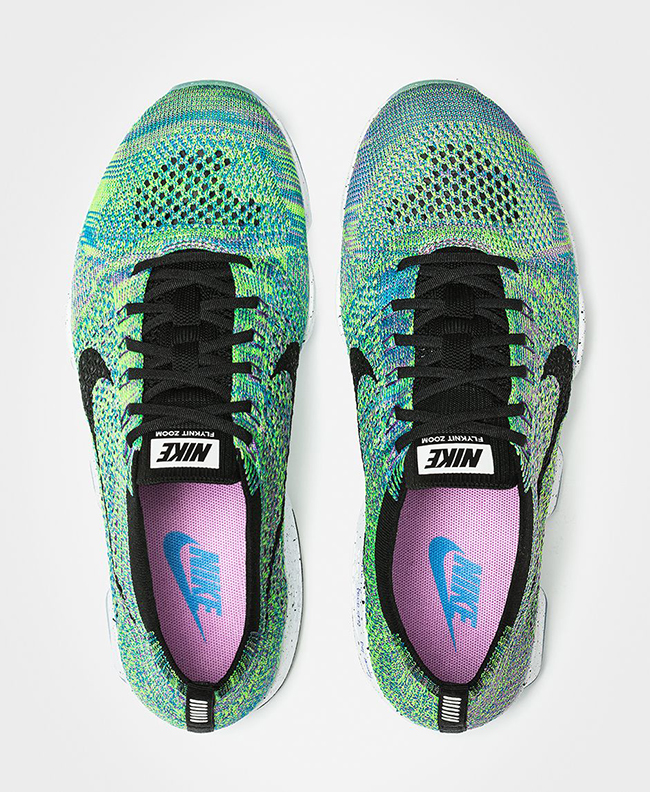 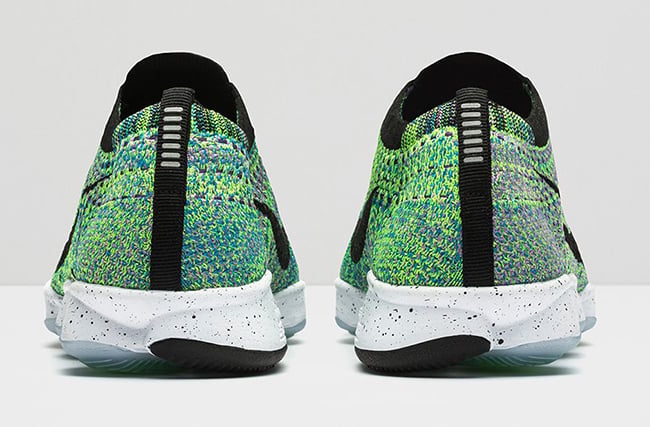