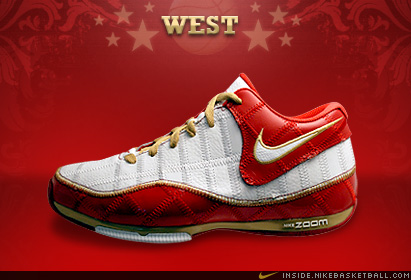 Earlier, the Phoenix Suns version of the Zoom BB II Trash Talk designed for Steve Nash was reported. Here is an update to that post with new pictures of the All Star version of the Trash Talk. Although he isn’t the starting point guard, there is no doubt that Steve Nash makes an impact on any game with his great court vision.

But, Steve Nash will be participating in the 3-Point Contest and then the All-Star game on Sunday. As for the shoes, they feature the colors of the Western conference jersey, White, Red, and Gold. In addition, an embroidered pattern lines the shoes upper. 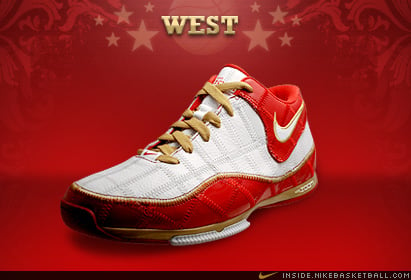 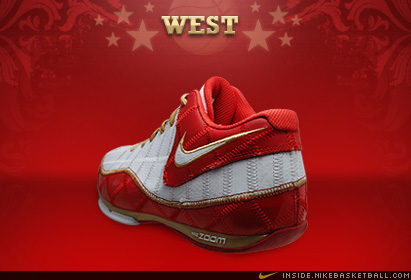