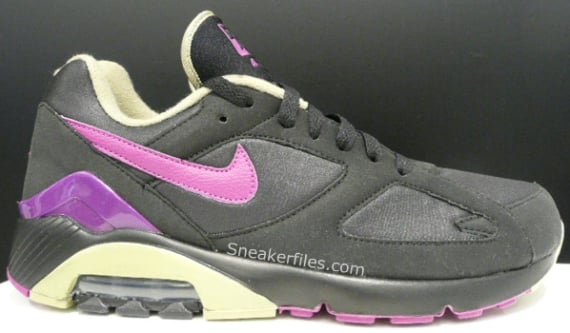 Earlier today, we previewed a Nike Air Max 90 set to drop in the winter of this year, and we now have another Holiday 2010 Nike release to share. This time around, the Air 180 is the silhouette of choice, and it features a black upper with purple accents seen on the swoosh, outsole, tongue, and heel, while cream accents are visible via the rear midsole and inner lining. As previously mentioned, this Nike Women’s Air 180 will release in the winter of 2010, so stay tuned for updates and more detailed photos.