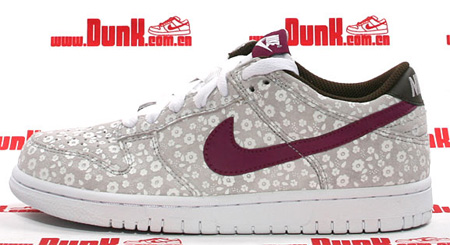 The Women’s releases continues with this new Nike Dunk Low that is tuned with a flower print that surfaces the whole upper combined with Loganberry on the swoosh. Overall, the latest Women’s releases have been relatively solid and many have looked better than some of the tacky Men’s release that feature strange color-ways and weird patterns.

But nevertheless, the production of Women’s models has been slow, but is slowly making its way back on to the scene. The Loganberry Women’s Dunk Low has been reported to be an Asia exclusive model, but keep your eyes peel for online retailers selling the new release including Dunk.com.cn. 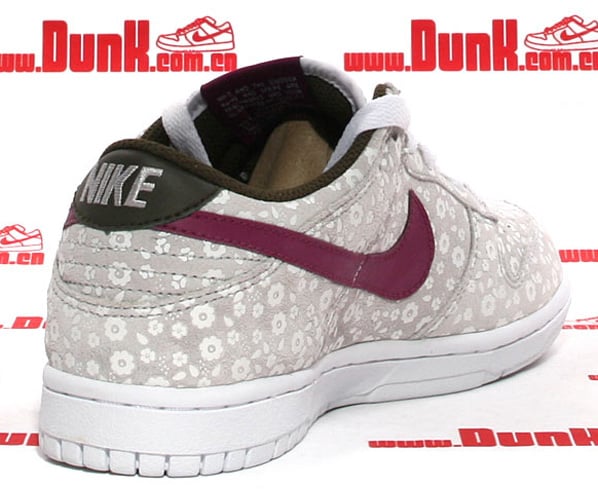 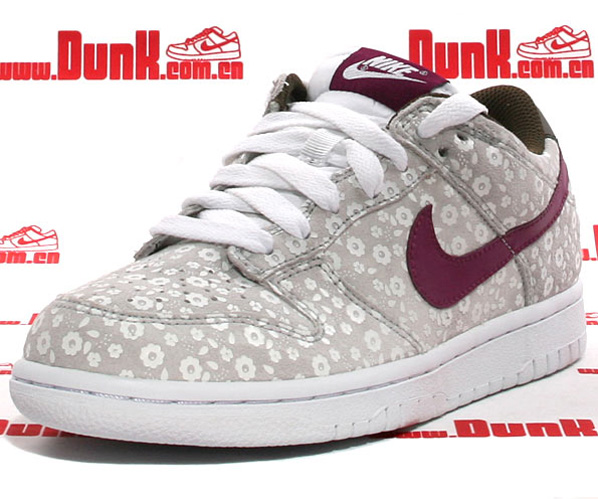 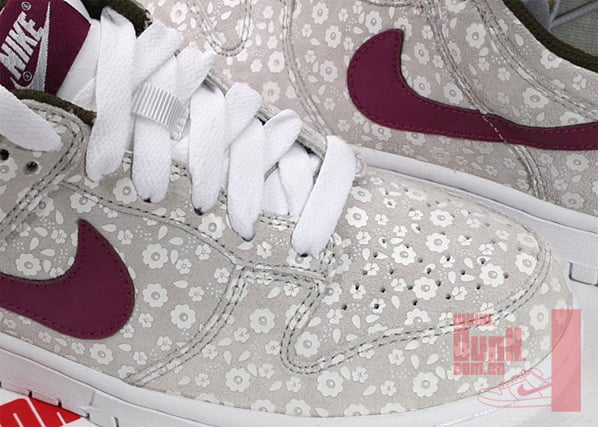