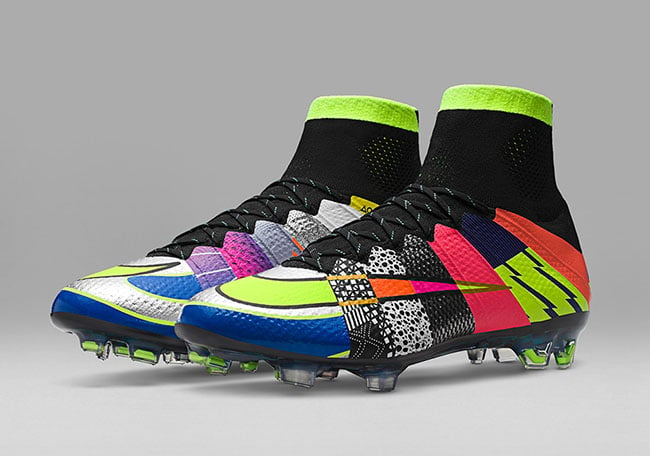 Nike who is known to mash color schemes of the same shoe together which is known as ‘What The’ will extend it’s releases into the soccer world. Debuting this month is the Nike What The Mercurial.

On its debut in 1998, the Nike Mercurial was hailed for its radical, track spike-inspired design, engineered for cut-and-strike speed. After all, “mercurial” by definition means unpredictable, and the players who have served as its muse are celebrated for their quicksilver play. The “What the Mercurial” boot echoes this ever-changing nature, upending aesthetic expectations. At the same time, it nods to the boot’s rich style heritage by showcasing 16 of the most memorable Mercurial colorways on one bold shoe.

Beyond disrupting the pitch, the boot also extends the narrative of Nike’s coveted “What the” design themes. In 2007, Nike Skateboarding produced the brand’s first iconic colorway mashup, the Nike SB “What the Dunk” shoe. Then Nike Basketball elevated the concept, celebrating memorable signature basketball shoes beginning with the “What the Kobe” in 2012.

The Nike What The Mercurial Soccer Cleats will release on Thursday, May 5th. Limited to 3,000 pairs, a special ‘What The Bag’ and ‘What The Box’ will also be included. Check out more images below. 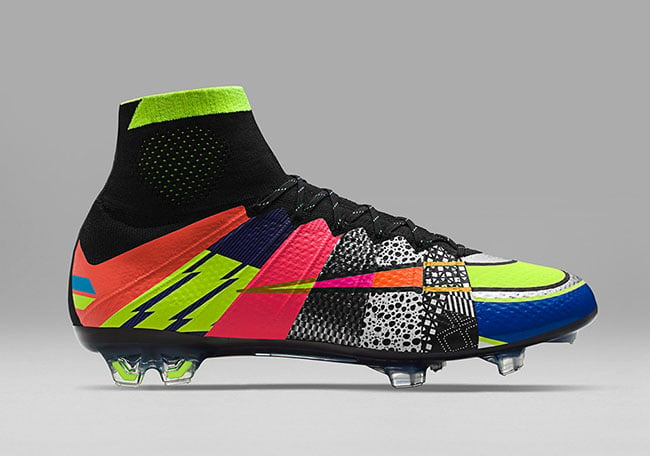 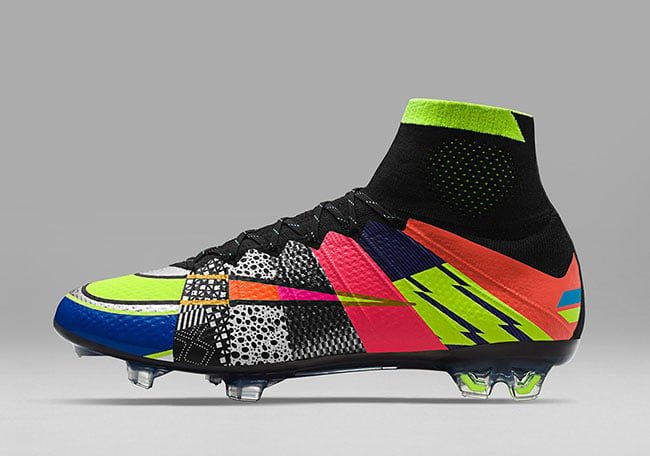 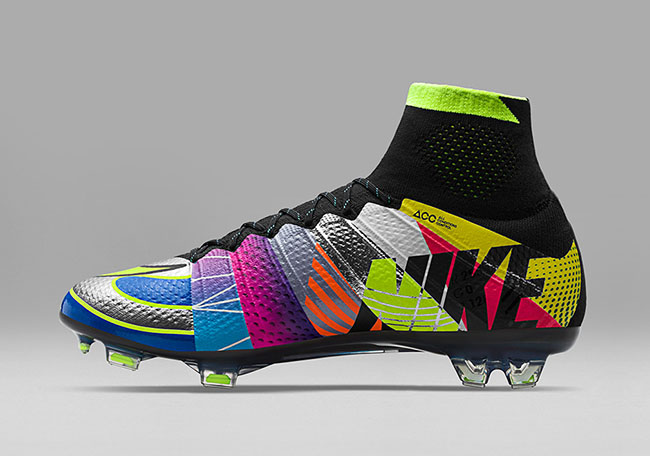 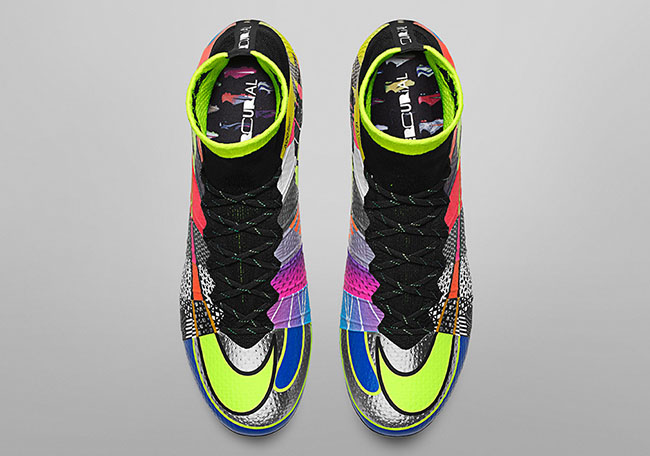 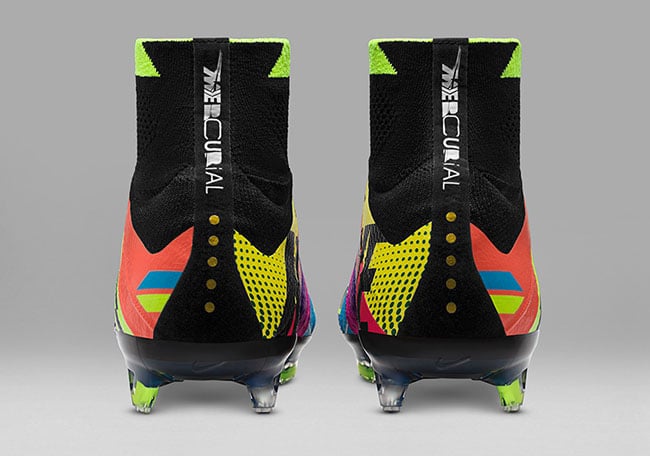 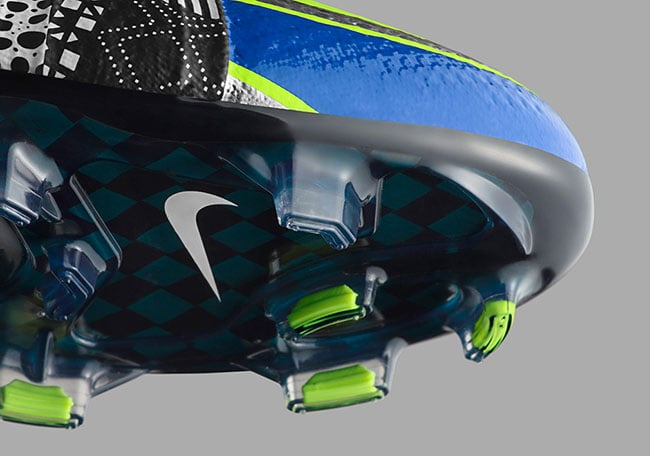 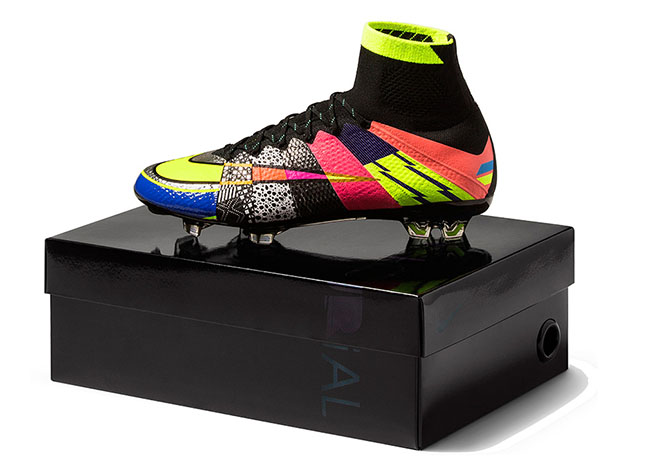 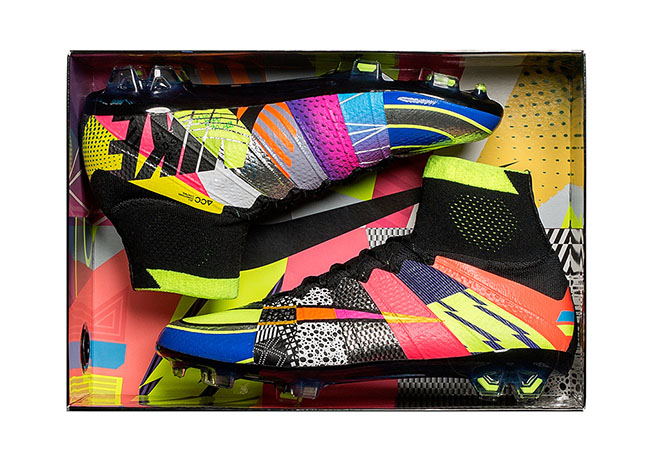 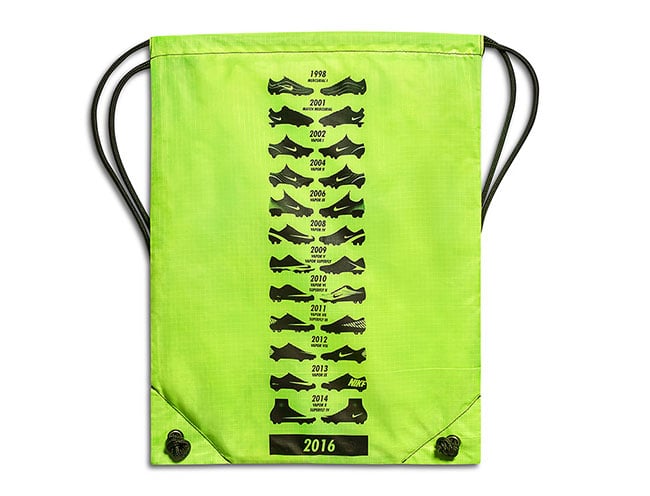