HomeNikeNike US Open of Surfing Wraps Up in Huntington Beach

Nike US Open of Surfing Wraps Up in Huntington Beach 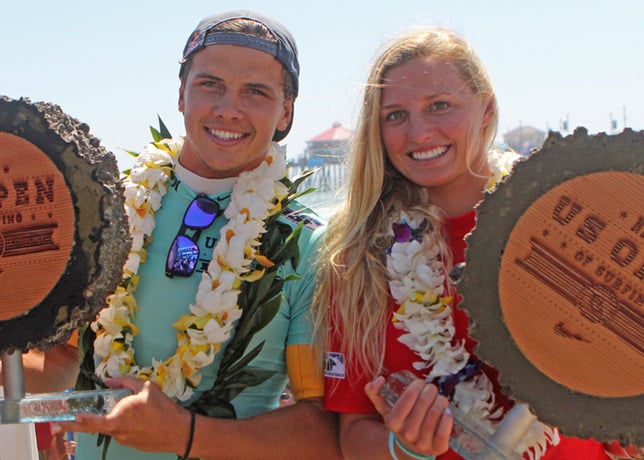 The Nike US Open of Surfing has concluded alongside the launch of the collaborative surfing collection from Pushead.

Julian Wilson (AUS), 23, has emerged victorious over Miguel Pupo (BRA), 20, at the 2012 Nike US Open of Surfing in Huntington Beach, Calif.

Concluding a week-long battle in dramatic fashion at the iconic surfing venue, the Australian and Brazilian put on an incredible show throughout the final in front of the tens of thousands in attendance and a massive online audience.

Wilson was lethal throughout the entirety of the Nike US Open of Surfing, continually posting several of the event’s highest scores. He battled hard on the final day, edging out Hawaiian prodigy John John Florence (HAW), 19, and South American phenom Gabriel Medina (BRA), 18, with last-second heroics on his way to the final.

“I’m over the moon,” Wilson said. “I got a really good start and my hat goes off to Miguel (Pupo) — he’s deadly. I knew he was going to be hunting those lefts the whole heat and I just tried to apply a bit of pressure on him. He got that 8.93 and was right back in the heat with plenty of time left. There weren’t that many opportunities out there but it came down to the last minute and I had to just pray there wasn’t one behind it.”

On the women’s side, Lakey Peterson (USA), 17, defeated Carissa Moore (HAW), 19, to clinch the final event of the 2012 ASP Women’s World Championship Tour season, the Nike US Open of Surfing, in front of a capacity crowd at Huntington Beach.

“I don’t even know what to say – I’m speechless,” Peterson said. “The final was really slow and I was pretty bummed because I wish we both could have got some really good waves. I’m so stoked and I really wanted to win on a high note.”

Into her first year amongst the women’s elite, Peterson capped off her season on the highest of notes, bettering last year’s runner-up finish at the event where she competed as a wildcard.

“I’ve been staying calm and sticking to my game plan,” Peterson said. “I haven’t been letting anything else faze me and I’ve been staying focused and going out and surfing and having a really good time. I’ve loved every minute of this event, and it’s been great.”
NIKE US OPEN OF SURFING MEN’S FINAL RESULT:
1 – Julian Wilson (AUS) 17.53
2 – Miguel Pupo (BRA) 14.76 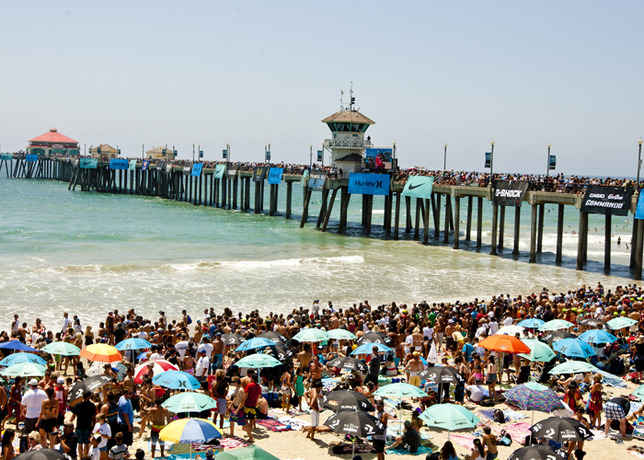 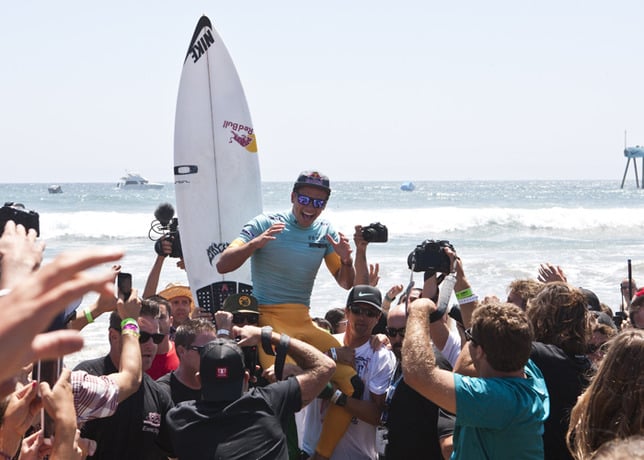 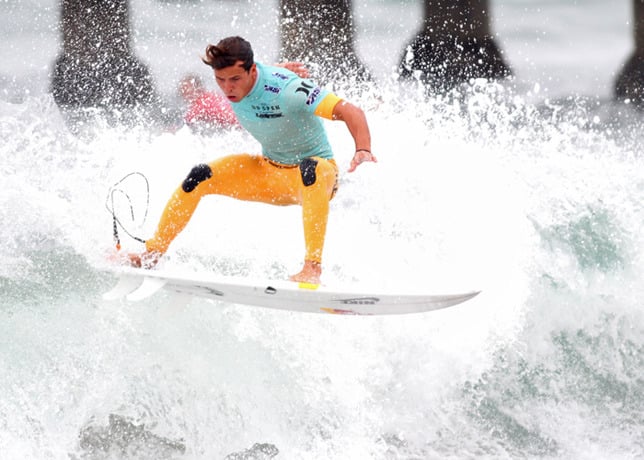 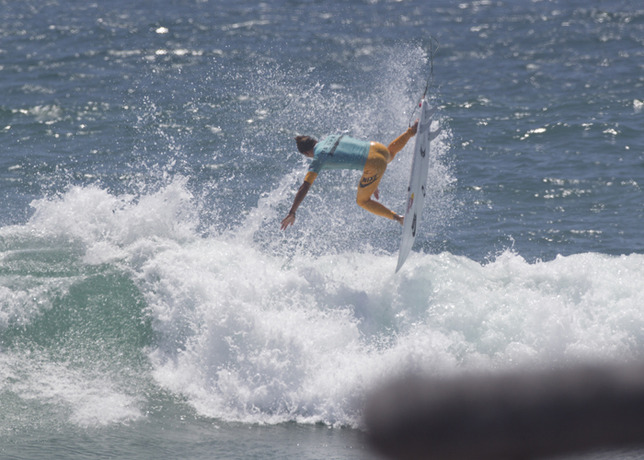 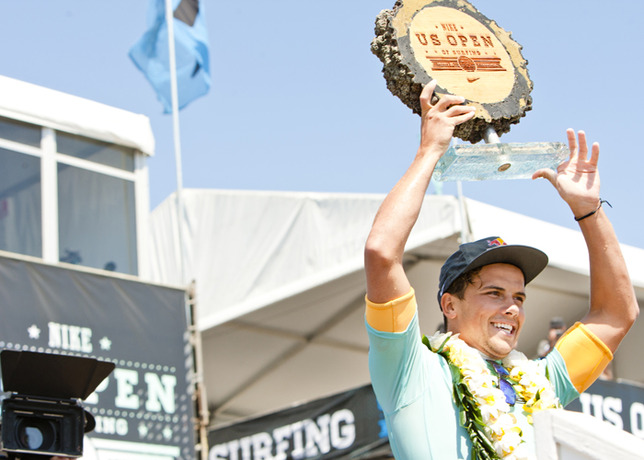 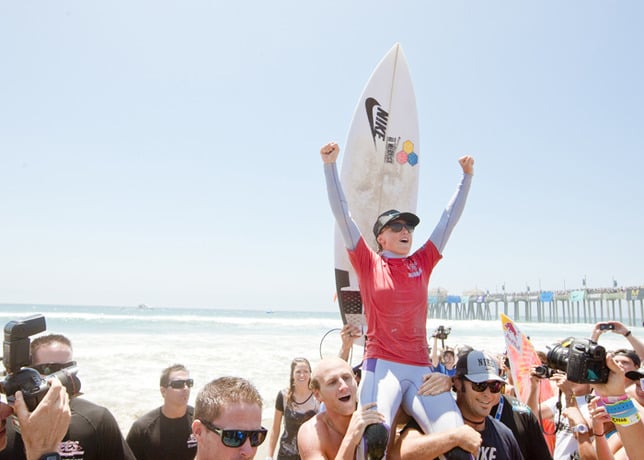 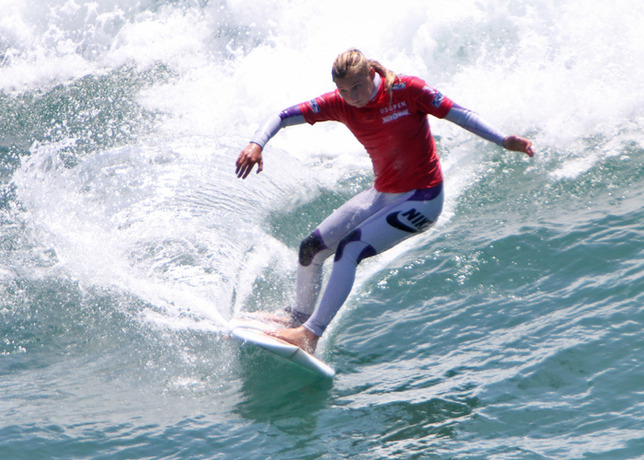 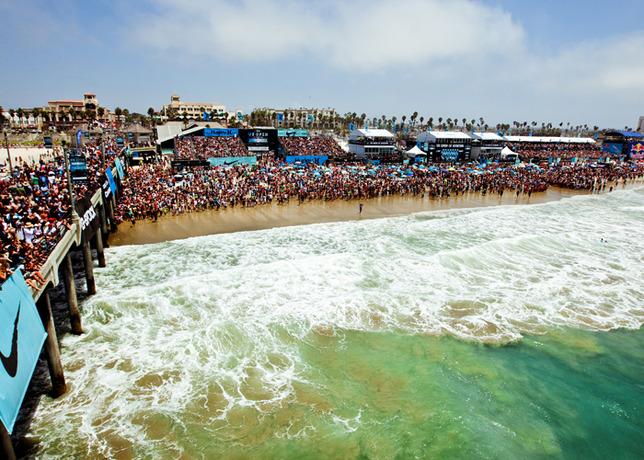