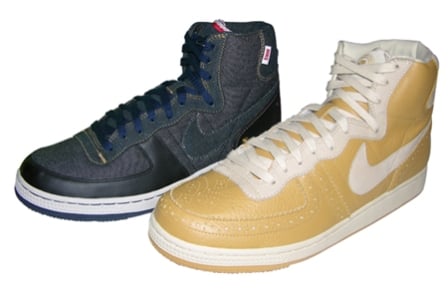 While the Selvedge Denim Nike Terminator High Premium previewed at the end of last year, we get a look at one other Terminator that will release alongside the other model. Featured is a combination of brown and cream leather that also sports embroidery around on the toe box, around the frontal and on the sides of the sneaker. Also releasing in the third quarter of 2009 is the Nike Selvedge Denim Terminator which is constructed out of premium denim, multicolored stitching and other denim finishes. Look for both styles to drop later this year. Via Vagant. 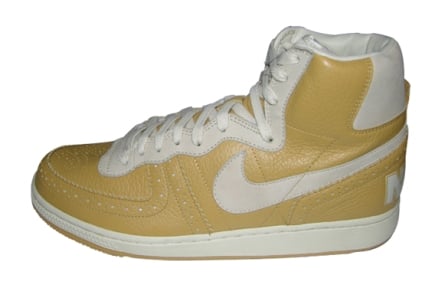 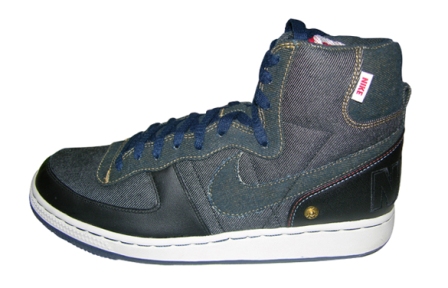 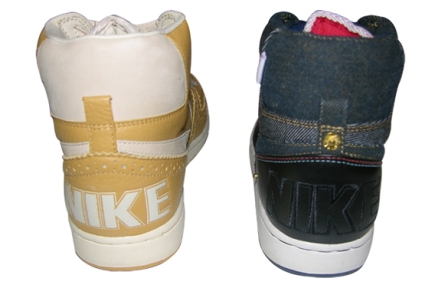