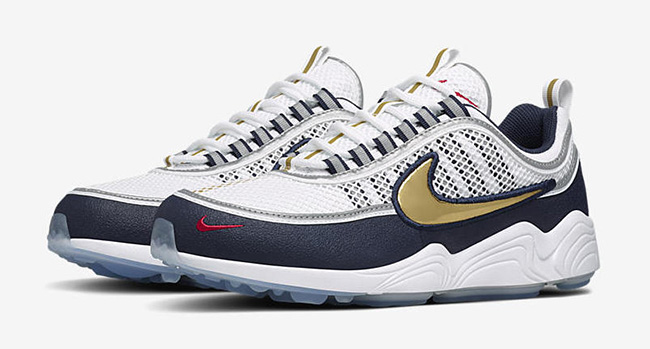 Nike isn’t close to being done with the traditional Olympic color themed releases. Next up will be a launch from NikeLab, the Nike Air Zoom Spiridon Olympic.

Looking closer at this Nike Air Zoom Spiridon, they feature a White, Metallic Gold, Obsidian and True Red color combination. White covers the uppers with a mesh overlay while Blue hits the mudguard and Red accents on some of the branding. Other details include Metallic Gold on the side Swoosh and a translucent outsole.

Check out more photos of the Olympic NikeLab Air Zoom Spiridon below. They are set to release at NikeLab retailers on August 4th, 2016 for a retail price of $175. You will also be able to purchase from the Nike SNKRS App. 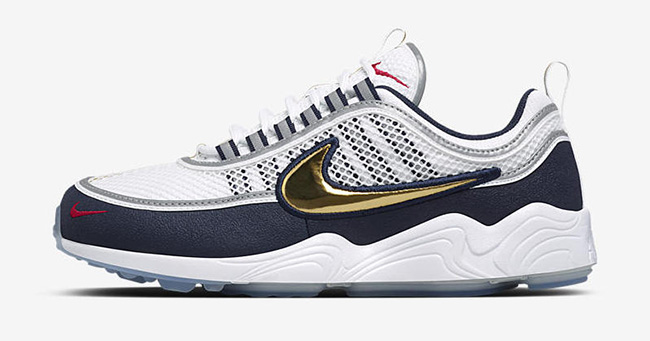 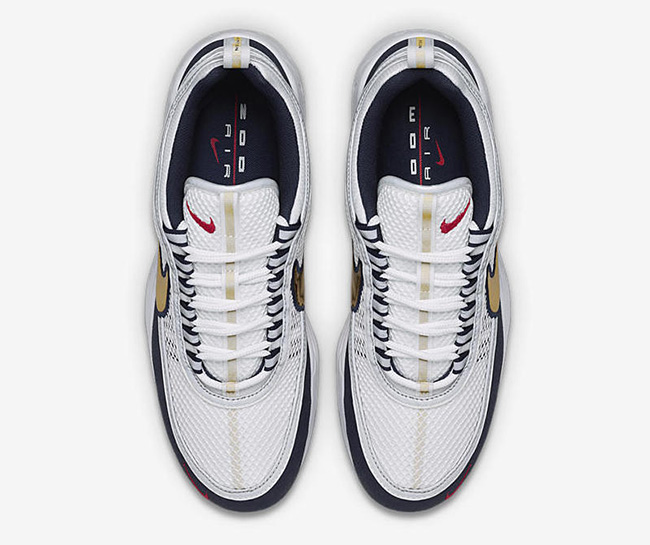 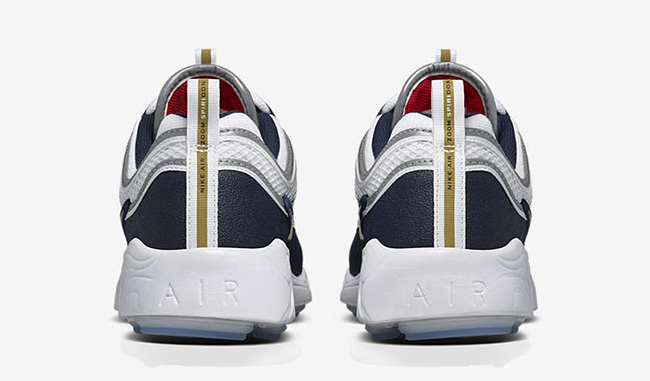