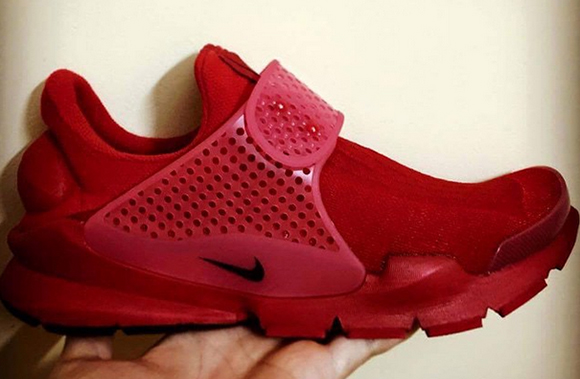 Who said all red shoes were over again? Yea we remember months back when rumors spread that Nike would cease dropping Red October-esque sneakers, but the name is like beating a dead horse. Moving forward is the Nike Sock Dart which is covered in the popular shade.

The Gym Red Nike Sock Dart comes with a mesh upper and transparent red midfoot strap all covered in red. The only other shade used is black which hits the Nike Swoosh on the tongue and both sides. From these images we can’t tell what’s on the insole or sole but it’s possible more black is used.

More than likely the Nike Sock Dart in gym red and a bit of black will hit NikeLab in the next month or so. We will keep you updated on new images and a launch day once they become available. 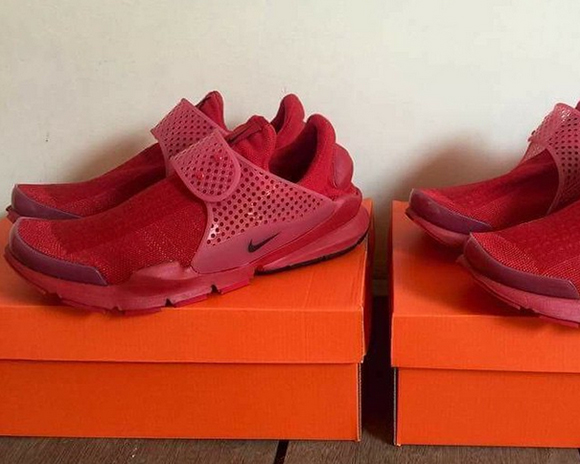 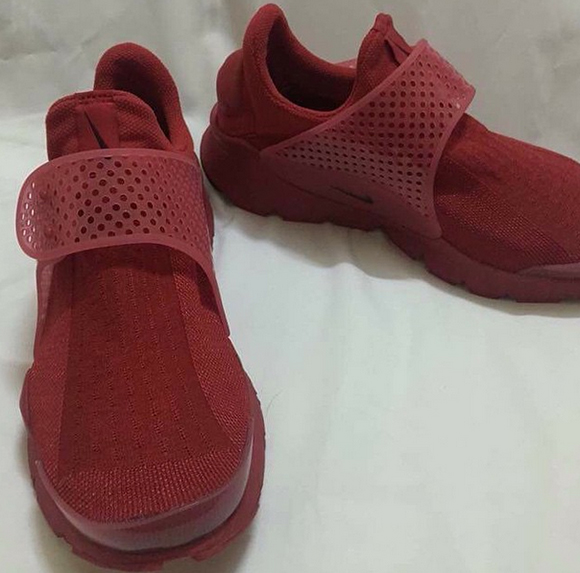