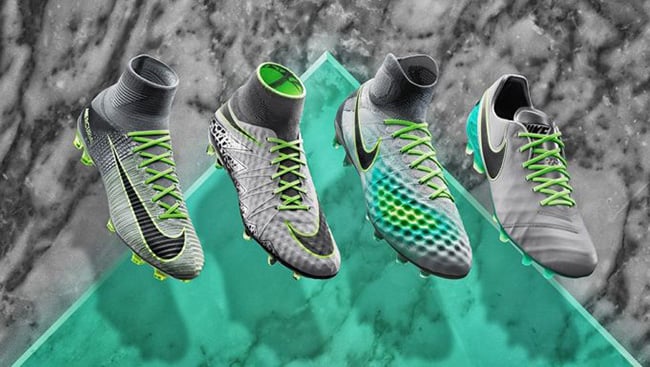 Soccer fans that have been waiting for something new from Nike won’t have to wait much longer. The Swoosh brand has introduced the Nike Soccer ‘Elite’ Pack that will be available at retailers next month.

The Elite Pack will include four popular Soccer models which are the Mercurial, Hypervenom, Magista and Tiempo. Each pair in the pack will use a similar theme. Featuring a Grey base, accents of sea foam Green along with Volt help bring some flash to each. Lastly we have highlights of Teal that completes the look.