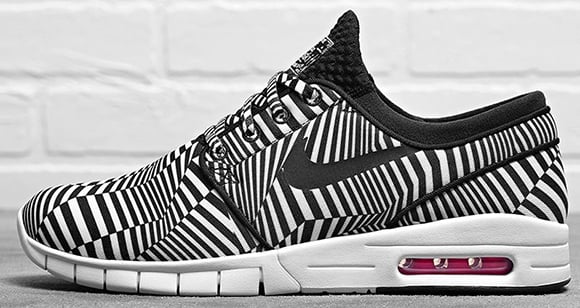 Nike SB launched two pairs of sneakers in 2014 that made up the Dazzle pack, a pair of Dunks and a snow boot. Months later they are releasing another sneaker with the same theme, the SB Stefan Janoski Max.

The Nike SB Stefan Janoski Max ‘Dazzle’ is inspired by Military history. To be more specific, the geometric shapes on the sides represent the same ones that were painted on military ships during World War I. The design was to confuse and disrupt rangefinders.

As you can see, a simple white and black comes into play. The sides multiple streak and lined designed in a mesmerizing manner. Solid white lands on the midsole with pink in the air unit. Finally black will hit the swoosh and liner. 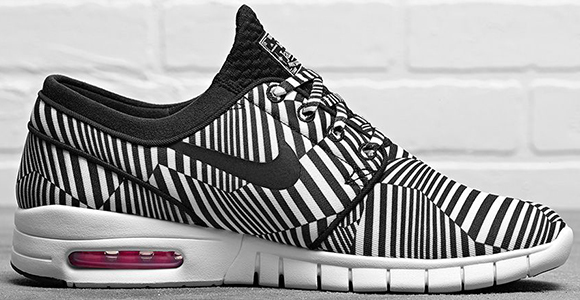