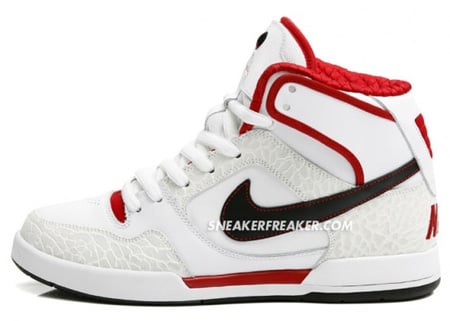 Nike SB and Paul Rodriguez are embarking on a new venture by releasing a high top version of the signature P-Rod II sneaker. There has been much talk of this particular pair being released eventually, now it has been announced it will be hitting store shelves in the month of August.

Earlier this year a different P-Rod II High was sold inside of Nike SB retailers designed by Sandy Bodecker. This time around they pull pieces from the Jordan style and a previous P-Rod design, a cement print seen on the front and side.

The cement print is complimented by white, red and black making this a very subtle and great release by Nike SB. Keep your eyes peeled for these in August. Via Sneaker Freaker.