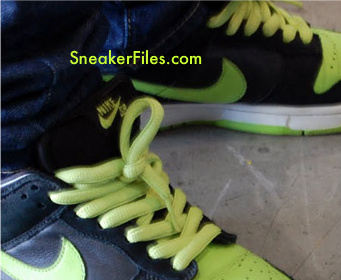 Last month SneakerFiles broke the news about a former scraped sample being released sometime next year that made Nike SB heads go berserk. Pictures of the up coming Nike SB Dunk ‘Neon J-Pack’ were shown, and now we have a new image of the ‘Neons’ this time being seen on foot. Take a look after the jump, and let us know if your planing to cop or not. 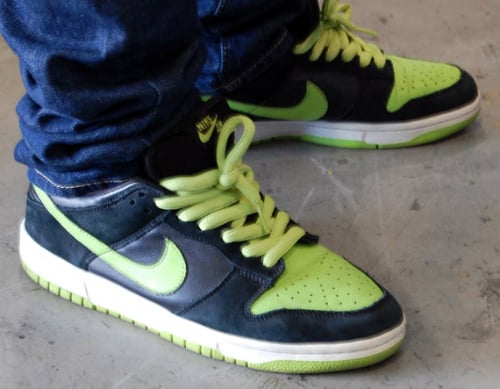