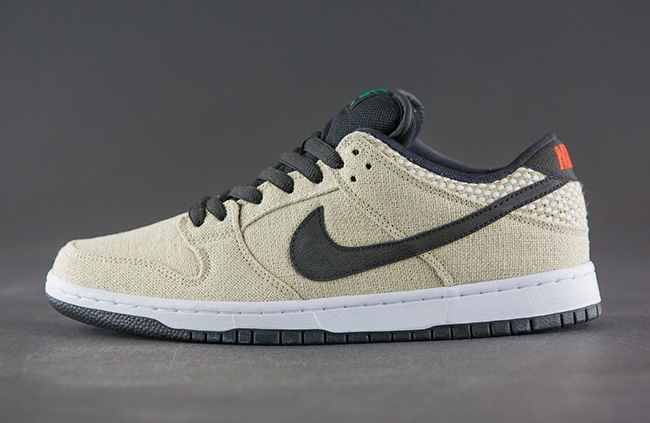 Nike Skateboarding typically celebrates the 4/20 Holiday by releasing a pair of sneakers. In 2016, they will do so again with a ‘Hemp’ Nike SB Dunk Low that will debut in the month of April.

One of the cool parts of this SB Dunk Low is that the uppers are constructed with woven Hemp, hence their nickname. Using Bamboo through the base which resembles a Beige shade, Black is used across the Swoosh, liner and outsole. Other details include a hit of Green on the tongue and Orange on the heel.

At the time of writing, a specific release date for the Nike SB Dunk Low ‘Hemp’ has yet to be announced, however stateside Nike Skateboarding retailers will have them during April. As we get closer to next month, we will have additional information as well as more photos so make sure to check back with us.