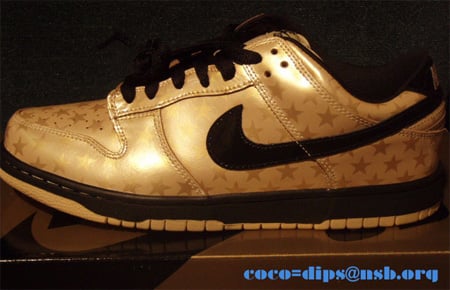 It has been only a few days since Nike released their May 2008 line-up of SB models, however a new picture of what looks to be an upcoming Nike SB Dunk Low has surfaced the internet. It has been reported that this future release is scheduled to hit stores later this year, but that is only one of the pieces of information released.

The pictures do reveal a gold upper along with black stars that has been rumored to only show when light hits the shoe. Unfortunately, nothing else has been said so stayed posted. Via NSB. 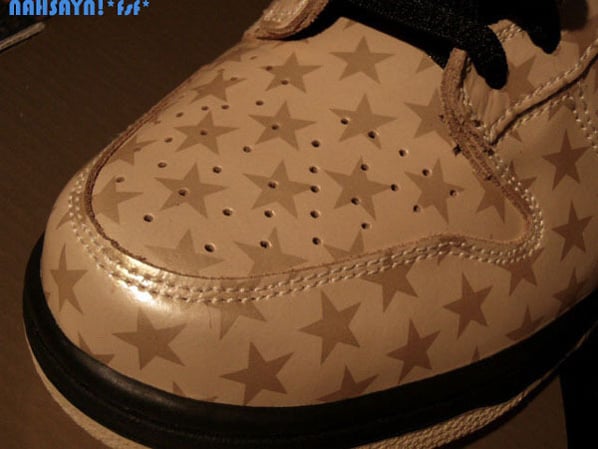